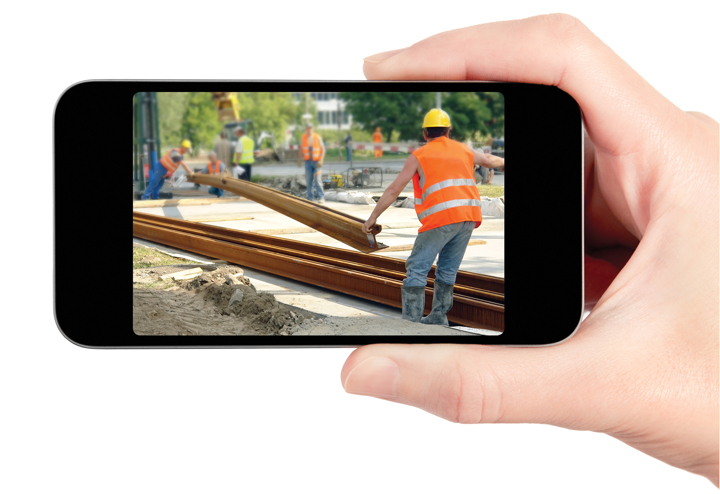 Contractors are proud of the work they do and the things they build, so they often take pictures of their jobsites to document the progress and the finished project. There’s really nothing wrong with that, except when the picture shows unsafe situations. A picture is worth a thousand words, but it can and will be used against you to support an OSHA violation or if your company is involved in a lawsuit. Think before you snap, and don’t let people take pictures of your jobsite without permission.

As the person who screens most of the pictures that are sent in to National Utility Contractors Association (NUCA) for use in our publications, I am sometimes surprised at the obvious safety hazards that I see in them. It’s not to say that our members routinely or intentionally violate safety regulations, because I firmly believe that our members are some of the most safety-minded contractors in the industry, but some of these pictures do show questionable conditions and situations.

In addition, I often see unsafe conditions in pictures on the covers of publications, in newspapers and in the articles that are published. Here’s the kicker — if OSHA sees a picture with what is an obvious violation of the regulations and they can identify the employer, they can and do issue citations.
Hopefully your company will never be involved in a lawsuit, but if it is, jobsite photos can be obtained through discovery and a subpoena from a plaintiff’s attorney. Having been involved in litigation as an expert witness, I have seen this happen many times and you would be surprised to learn how many times a single picture showing a dangerous situation sways the jury. On the other hand, photographs can be used to show and defend a company’s safety policies, practices and procedures.

If you allow or require pictures to be taken at a jobsite, make sure that pictures do not contain unsafe conditions or workers committing unsafe acts. Unless the intent is to identify unsafe situations for training, pictures should be screened by the safety director before being released for publication. Even the pictures of your favorite project or of the crew standing around onsite should be screened before you hang them on the wall or include them in your promotional material.
What to consider when permitting pictures to be taken at a jobsite:

• Who is authorized to take pictures? That is sometimes hard to control because everyone’s cell phone has a camera, and you can’t watch everyone all the time. However, you can establish a policy for your employees and the subcontractors you employ. The policy could be as simple as saying only authorized individuals may take pictures onsite.

• When pictures are being taken, always consider what is taking place in the background. Frame the picture, and know what is being photographed. 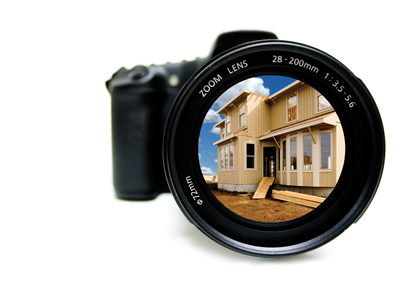 Taking pictures is fun, and everyone likes to do it, but when taking pictures at a worksite companies need to be conscious of what is being photographed. It could burn them.

• Before sending pictures to any publications that may publish the picture, have the safety director screen each and every image for possible unsafe conditions or situations. Have the safety director look for anything that is or may appear to be a violation. Do the same for photos you plan to use for promotional purposes. For example, I have reviewed many photos over the years that show sloping as the protective system, but I would not allow them to be published because the soil looked like a Type C soil and the slope was obviously not cut back to 1 ½ to 1. Or the picture showed a trench box in the trench that did not come up to the top of the trench. These situations may have appeared to be minor infractions and the site may have still been safe, but they are violations of OSHA regulations.

• Be especially conscious of what the picture shows when your company name or logo is plastered across the side of vehicles, equipment or signage.

• I prefer to have pictures that have a date on them so I know exactly when the picture was taken. If the picture is published in the future, the publisher can remove the date from the picture by using Photoshop or some other program.

Taking pictures is fun, and everyone likes to do it. This is especially true when we want to take a picture of something we are proud of such as our families or something we want to remember. However, when taking pictures at a worksite companies need to be conscious of what is being photographed because a snap here and a snap there could get the company in trouble. 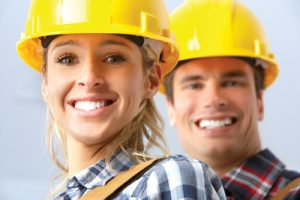 In a key finding for policy makers, 83 percent of survey respondents agreed that investment in these public buildings is just as important as investment in roads and bridges. The survey also found that seven in 10 Americans want their public buildings renovated, and almost three-quarters of Americans consider public schools in good condition a “must have” in the communities in which they live. More than three in four Americans (78 percent) think their local government should take some financial responsibility for supporting the investment in their public buildings. On average, Americans feel about one third (34 percent) of public funds budgeted for community features should be allocated to public buildings and/or spaces. Of the remaining, they would allocate 37 percent to transportation and 29 percent to public housing. For more info, visit aia.org.