The Evolution of Personal Protective Equipment on Jobsites 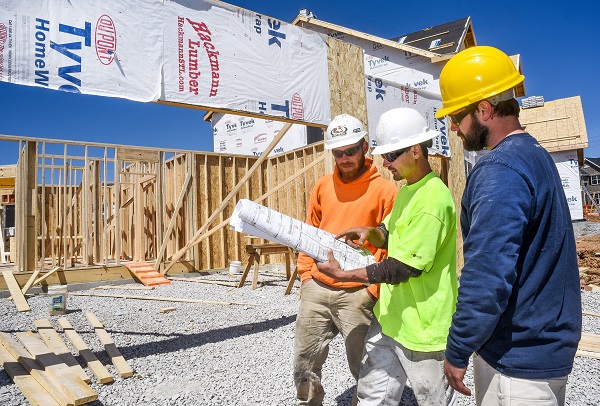 Millions of workers wear hard hats every day on their jobsites. But that critical piece of personal safety equipment would not exist today without the vision of Edward W. Bullard. Bullard designed the original Hard Boiled Hat in 1919 from the doughboy army helmet he wore while serving in World War I. The Hard Boiled Hat design was to protect miners from falling debris. By the 1930s, the hard hat became required safety gear for all workers who were constructing the Golden Gate Bridge. The use of the hard hat to protect workers from falling rivets saved many lives during the construction of the Bridge and this project transformed the original Hard Boiled Hat into a durable industrial hard hat. The Golden Gate Bridge project became America’s first designated Hard Hat Area and hard hats were now becoming more and more visible on worksites across America.

It wasn’t until the 1970s when OSHA (Occupational Safety and Health Administration) was formed did wearing a hard hat on worksites become mandatory. To put this in perspective, in 1970 there were 15,000 worker deaths; in 2016 there were approximately 5,200 deaths, proving how effective and necessary head protection is on the job.

The original Hard Boiled hat was manufactured out of steamed canvas, glue, a leather brim and black paint. Over the years, mainly because of advances in materials such as fiberglass, the hard hat has evolved considerably. Today, thermoplastics is the standard material for hard hat construction because it’s easy to mold and shape with applied heat.

More than six million hard hats are supplied to workers each year. The OSHA requirement for head protection states: Employees working in areas where there is a possible danger of head injury from impact, or from falling or flying objects, or from electrical shock and burns, shall be protected by protective helmets. Hard hats are designed to meet or exceed the requirements of ANSI/ISEA Z89.1 standard. With all the knowledge we have about head injuries, there’s no excuse why workers on jobsites should not be wearing head protection.

The best way to protect your head while on the job is by wearing a hard hat. Utility, construction and oil workers need hard hats to stay safe on the job. Personal protective equipment (PPE) must be worn to help avoid the hazards that we often don’t see. Those unforeseen accidents that can happen in the blink of an eye can change our lives forever. The hard hat is still the most important PPE available to protect workers’ heads while on the job. It is an essential part of a workers’ attire on jobsites across America.

The hard hat has evolved for 100 years and today’s PPE manufacturers are becoming even more innovative in their designs to meet workers demand for comfort, style and safety in their hat models. New model hard hats have recently been introduced by manufacturers who are designing for the way workers perform their jobs. For instance, new head protection models that offer a see-through visor on the bill of a hard hat is one way of allowing workers to see the hazards that may be lurking above them. Changes in hard hat suspensions and brow pads are all new choices workers have when choosing the right head protection for their type of work.

Other enhancements to the hard hat include customization for branding a company’s safety message, and colors to easily identify key personnel on jobsites. The hard hat now serves as a walking billboard promoting a Company and its safety principles. Workers’ hard hats can also be used to help them stay visible while on the worksite. Low visibility is a danger for anyone working outside from dusk to dawn.

Highway construction is a common occurrence throughout America and workers are at risk of not being seen by motorists who are travelling through construction zones. Hard hat manufacturers offer several high-visibility options for workers to choose from to stay visible while working in these environments. Workers can increase the visibility of their hard hat by choosing a high-visibility shell color. Yellow is a common high-visibility color, as is green or orange. Hard hats that meet the non-mandatory requirements for high-visibility (ANSI/ISEA Z89.1-2014) are marked “HV” by the manufacturer. Be aware that if your hard hat is a high-visibility color prolonged daylight exposure can fade the cap’s color and thereby compromise a worker’s visibility and safety. Ultraviolet rays degrade colorants, so hard hats should not be stored in direct sunlight when not in use.

Striping on a hard hat is another way to increase visibility. By using striping that is reflective and/or fluorescent in color, hard hats can provide enhanced worker visibility. To achieve improved retroreflectance, use striping with a high CPL number. To achieve 360-degree reflectivity, add striping all the way around the brim of your hard hat.

The next time you wear your hard hat think about the many men and women before you that have benefitted from this innovative safety product that is celebrating 100 years of safety.

Stacey Simmons is the product manager for Industrial Head and Face Protection Products at Bullard, a leading manufacturer of personal protective equipment and systems worldwide.