A Jackhammer Adventure — the Journey to Finding the Right One 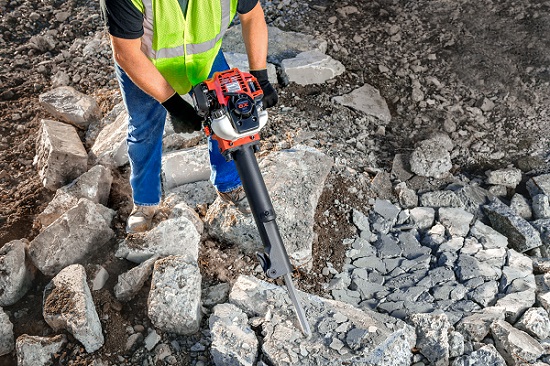 Choosing the right tool for the job is sometimes the difference between success or failure even if you don’t appreciate the gravity of the decision at the time. There is nothing more disheartening than realizing your project was doomed from the get-go due to one poor choice, which you might have even pinned as an afterthought at the time.

There are many power tools out there. Most of them perform the task they were designed for admirably. So wouldn’t that mean you’re good to go no matter which you choose? Not always!

If you’re doing demolition work, or just breaking up a sidewalk or expanse of concrete, you’ll want the assistance of a jackhammer. You might think that that particular decision is an easy one. But you might be surprised to understand that not all jackhammers are created equal.

Aren’t All Jackhammers the Same?

Believe it or not, jackhammers vary wildly depending on the model and the task they were designed for. There are light, medium, and heavy models, which work best when applied to the right type of job. Yet, beyond those categories, there are further distinctions based on what powers the jackhammer.

As with any adventure, and as the hero of the story, you must first choose your weapon wisely. But what are your choices?

What Types of Jackhammers Are There?

While many jackhammers are rated for either light, medium, or heavy-duty work, the most common way to set them apart is by their power source. Different power sources afford a wider range of power ratings, so that category often overlaps. It’s typical to put jackhammers in three categories.

The typical pneumatic jackhammer is powered by air. The engineering dates back to the 19 th century. The engineering is simple yet clever — compressed air powers a piston, which in turn strikes the shaft, which features a drill or a bit of some kind at the end. The repeated striking of that shaft drives the drill at a high rate of speed, which breaks up rock, concrete and many other materials.

The ultra-simple, cost-effective tool that can sit in your shed

Electric power tools have been around for a long time. They’re versatile tools in their ultra-portability and simple, low-maintenance design. However, where an electric jackhammer benefits from its minimalist approach, it typically falls short in raw power due to its weak, torque-based interior locomotion. Without the strong action of a piston, you’ll always hit a wall when it comes to its output of force. 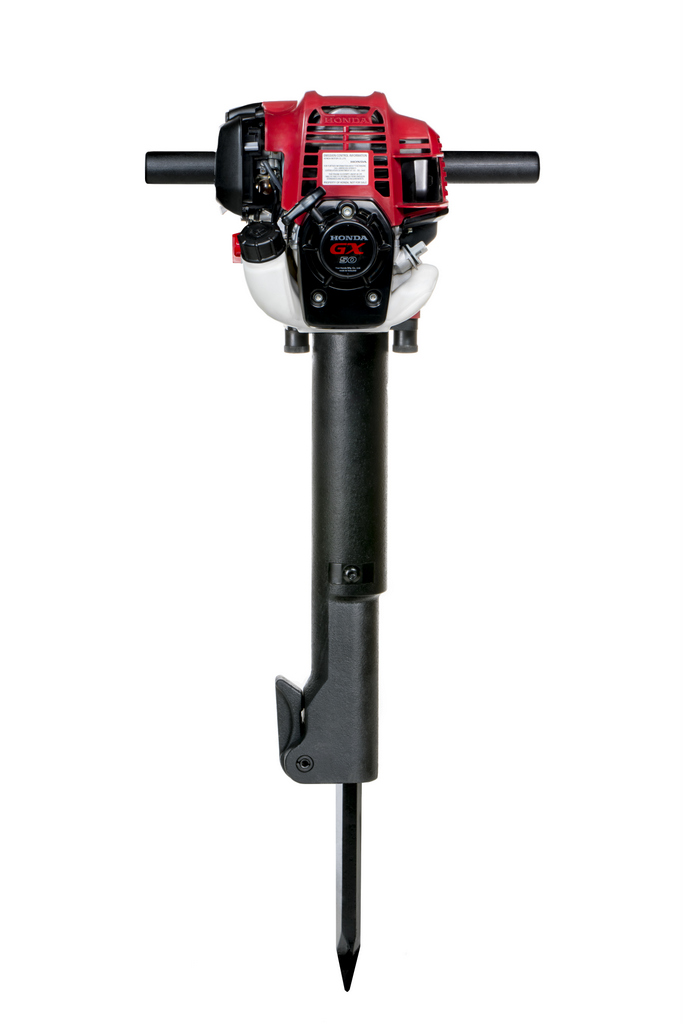 A great compromise between power and portability; the most versatile

Which Jackhammer is Right for My Project?

Now that you’ve had a crash course on the three types of jackhammers on the market, you may have a good idea of which model you need for your particular job. However, you’re on an adventure — if we didn’t act as the wizened guide on your jackhammer journey then we’d be missing out on an opportunity to break out the robe and wizard hat! With that said, which jackhammer is right for a given project? Let’s start with the smallest jobs and go up.

Let’s say you have an old concrete or cement entryway you need to get rid of or a patch of sidewalk that’s in disrepair. What jackhammer would work best for this situation?

Answer: We’d suggest either an electric or gas-powered model. Both should be available at your local rental yard and both are simple to use and rated for this level of demolition. If you’re a glutton for punishment and hate spending money to make your life easier, you might even try taking a sledgehammer to it.

Once you go beyond a couple of square feet and get into larger jobs you’ll want to reevaluate the type of jackhammer you bring to the party. For example, let’s say you have a large slab of concrete to dispose of from an old patio or storage shed.

Answer: It’s probably best to put the electric jackhammer away and stick to a highly-rated gas-powered jackhammer such as the GB-90 from US Hammer. While a pneumatic jackhammer could work it is overkill for this type of work.

We’ve gone from household maintenance and renovation into professional work. Any kind of demo work, no matter how small, should be handled by a team of professionals. With higher stakes, it’s more important than ever to have the right tools. A typical example of this type of work would be demoing a house — think of the thick foundation that would need to be broken up—what jackhammer would work best for this type of work?

Answer: Gas-powered jackhammers should still work for you, although with more space and a properly prepared job-site you should be able to run a pneumatic jackhammer unhindered. Large projects are often multi-disciplined, so you may even find yourself enlisting the help of both types of jackhammers—gas-powered models would work for enclosed, remote spaces while pneumatic jackhammers can do all the big and easy work.

Choose Your Own Adventure but Choose Wisely

Both electric and gas-powered jackhammers are versatile tools for everyday work that might pop up every year or so. They can both be rented or easily stored and provide enough power for the types of jobs you’d find on your property. While they are more expensive, gas-powered jackhammers pack a little more punch and can take you further than the electric variety.

Pneumatic jackhammers are best relegated to big job sites that already use an array of power tools and construction equipment due to their large and varied scope. While they’re powerful, they’re loud and often overpowered for many jobs.