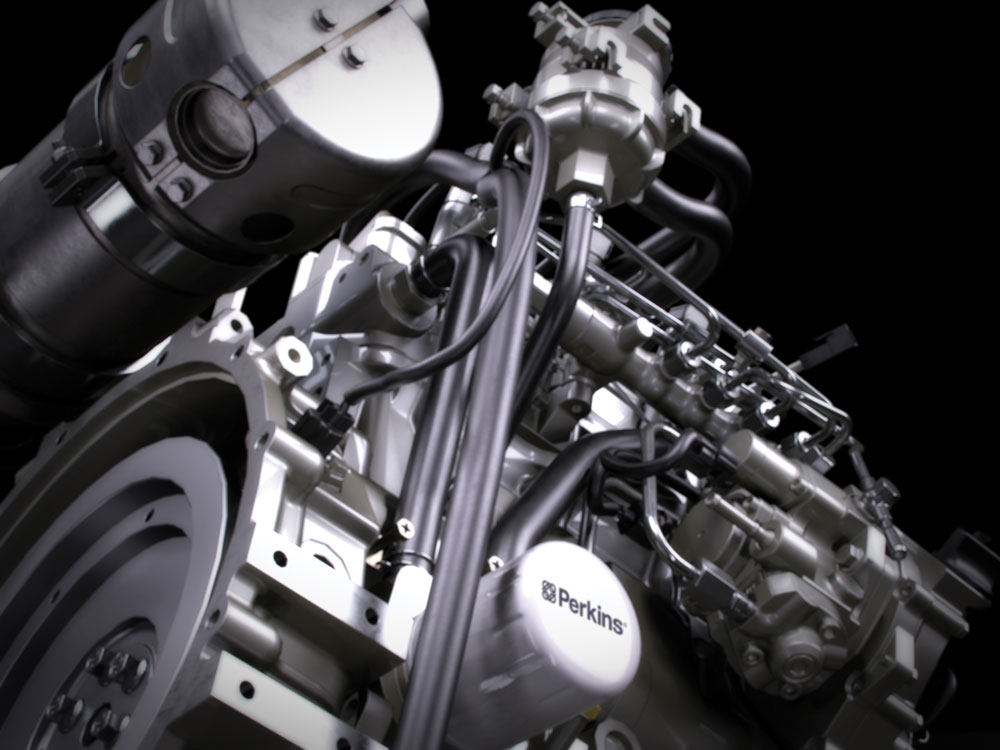 The way we’re generating power is still changing. A philosophy for cleaner, more efficient energy is still revolutionizing the way we create kilowatts and horsepower. Construction, landscape and ag equipment are great examples. It’s no secret that off-highway diesel engines have been dramatically evolving over the last 20-plus years — with a big push from the U.S. government. The Environmental Protection Agency’s Tiers (1, 2, 3, Tier 4 Interim and Tier 4 Final) are terms for the phased-in implementation of increasingly stringent diesel engine emissions regulations that were conceived in the ‘90s. The four main regulated emissions are carbon monoxide, hydrocarbons, particulate matter (PM) and nitrogen oxides (NOx).

Diesel engine experts from Perkins to Kohler were forced to tackle these Tier requirements in increasingly innovative ways over the last two decades. By 2010, the sulfur content in non-road diesel fuels was regulated down to 15 parts per million (ppm). This created the ultra-low sulfur diesel needed to enable sulfur-sensitive control technologies in Tier 4 engines that today regulate and control everything from combustion to emissions. Those technologies include the likes of diesel particulate filters (through-the-wall flow devices that trap and hold PM) and cooled exhaust gas recirculation (lowering an engine’s peak combustion temperature as a way to lower NOx).

The last and most stringent of these standards (Tier 4 Final) was enacted in 2014, but after years of redevelopment engine manufacturers are not sitting back and taking a well-earned breather. Brands across the globe have not only been improving on emissions technologies but also offering OEMs and operators more aftermarket tools to ensure their power plants run longer, stronger and more conveniently.

“Even though Tier 4 Final has been implemented for several years, we are continuing to introduce new models, technologies and services to expand our range, better access specialized niches and better serve customers,” says Oliver Lythgoe, manager, Perkins product concept marketing. “While the cost of engines is not really changing right now, customers are increasingly able to get more horsepower for their dollar. For example, engine manufacturers are pursuing the downsizing trend, which means that engine power and torque are increasing so equipment manufacturers are able to select smaller engines for their machines.”

Diesel engines can gain efficiency through downsizing and downspeeding, which are strategies to further enhance fuel economy and reduce emissions. Utilizing technologies like advanced fuel injection algorithms, better control of internal combustion and integration of electronic systems, diesel engines can increase efficiency and power density, work can be completed with less fuel and engines can be downsized. A good example is compact excavators: Manufacturers are downsizing diesels on the most popular mini ex category (3- to 4-metric-ton units) to under 25 hp to avoid using emissions technology. And, downsizing is only one of the efficiency trends diesel engine manufacturers are embracing these days.

There’s an app for everything now, including your off-highway diesel engine. Last year, Perkins introduced its SmartCap technology. Installed simply by replacing the existing oil filler cap, SmartCap allows end-users to connect their mobile devices to their engine via the free Perkins My Engine App. The cap monitors the Perkins engine and sends data directly to the app. The technology just won an Edison Award, which is a pretty big deal. Last year, it won Compact Equipment’s Innovative Iron Award, which is maybe a bigger deal. SmartCap is just one of a variety of engine technologies and services in the market.

“The Perkins My Engine App has been available for about a year and continues to have new features and functionality added to it,” explains Ian Bradford, Perkins aftermarket product manager. “Recent additions include new languages [now available in English, Spanish, Portuguese, French and German], an engine location map and improved service scheduling and logging.” 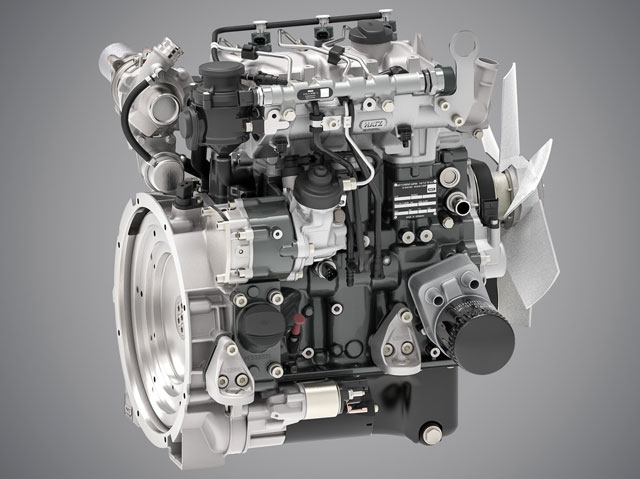 At the Intermat machine trade show in Paris (April 23 to 28), Hatz engine makers presented their new H-Series three-cylinder Hatz 3H50T diesel engine for the first time. The Hatz’s 3H50T is the latest announcement for the company’s new H-Series three-cylinder engine range, which embraces the downsizing trend mentioned above and meets Stage V European emissions requirements (more on that further down). At Intermat, the company also showcased its new Hatz Smart Parts system, which provides customers and distributors with an intuitive online solution for finding documentation or quickly identifying the right parts. Partners and customers just need to scan the code on a Hatz engine with any QR code scanner on their mobile device.

“We are very excited about the introduction of the 3H50T and how, with its superior torque, it fits into our engine right-sizing concept,” says Mike Hartoonian, president and CEO of Hatz Diesel of America. “Additionally, Hatz is proud to be rolling out the new Hatz Smart Parts system worldwide this year. Hatz Diesel has been known for reliable engines for over a century, but today’s consumers expect more detailed service information at their fingertips which is why we are introducing Hatz Smart Parts. It’s the first of several new service and information tools for our customers and partners.”

It’s not just the end-users and dealers that engine makers are trying to make happy. The OEMs are equally important. Late last year Kohler introduced a new global emissions platform for its Kohler Direct Injection (KDI) diesel line. Kohler Flex is a suite of advanced engine systems which are integrated into the KDI line — based on the specific needs of global equipment manufacturers — to meet every emissions standard in the world. You see, each country has its own emissions standards. In fact, Europe goes a step further than the United States with Stage V, which regulates PM even further and requires a diesel particulate filter (DPF) on most units. The Kohler Flex launch is all about making life easier and more efficient for Kohler’s global OEM customers.

“In North America, our KDI engines already achieved Tier 4 Final emissions compliance without a DPF due to numerous innovations, including our direct injection system, which is a high-pressure common rail system utilizing pressures at 2,000 bar,” says Jeff Wilke, product manager for diesel engines at Kohler. “With the new Kohler Flex platform, we can integrate a DPF in countries where they’re required. We’re initially offering two versions of our DPF for product under 56 kW — one reaches a maximum service interval of 10,000 hours, while the other is the most compact option available and ensures a maintenance level of up to 6,000 hours.” 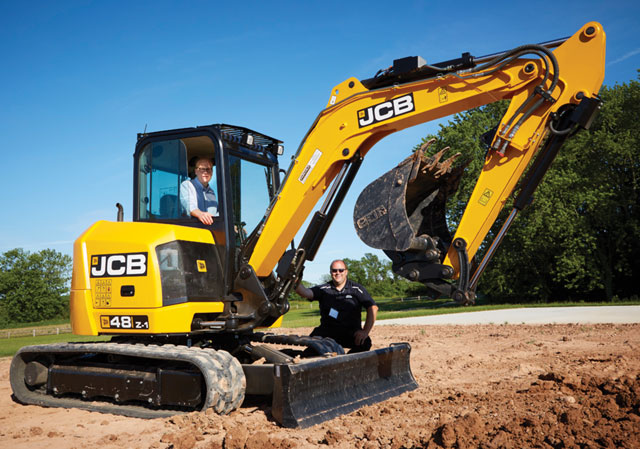 Technology trends also extend to machine categories. As mentioned above, manufacturers are keeping the diesel engines for popular 3- to 4-metric-ton mini excavators under 25 hp so as not to use emissions tech. Skid steers in the bigger 2,200- to 3,200-lb rated operating capacity categories are utilizing diesel engines under 75 hp so as not to use selective catalytic reduction (SCR) and diesel exhaust fluid (DEF). It’s not just sizing either. Maintenance intervals are evolving depending on product type.

“In February, Perkins announced extended service intervals from 500 to 1,000 hours for light towers,” says Lythgoe. “The driver for this is that light towers run high annual hours compared to most other compact equipment. One enabler is that light towers are used on level ground, so the longer service intervals can be met with very limited additional impact on machine purchase or service components. Other compact equipment generally has less requirements for long service intervals. For example, many mini excavators in a rental fleet only clock up to a few hundred hours each year. They can also work on extreme inclines which makes management of oil reservoirs that much more difficult.”

With today’s emissions compliant engines, there are definitely additional maintenance items and fluid specifications to pay attention to. Diesels above 75 hp will usually require DEF, which is another fluid to add and worry about; expect your DEF usage to be about 2.5 percent of diesel fuel consumption. Aftertreatment is often seen as an area that drives additional maintenance — especially the act of regeneration (passive or active) — the process where engine exhaust temperatures oxidize the PM in the exhaust filter or DPF. Many manufacturers tout non-DPF solutions, so owners and operators don’t have to worry about regen.

“Beyond removing regeneration from the equation, non-DPF solutions have connected with OEMs in Tier 4 Final markets because the engines are very compact and offer a different level of flexibility when it comes to equipment design and integration,” Kohler’s Wilke says. “Plus, manufacturers like to extend additional performance benefits like reduced maintenance, better heat management, enhanced fuel economy and more uptime to their customers.”

Yet other manufacturers like Perkins see the advantage of DPFs. 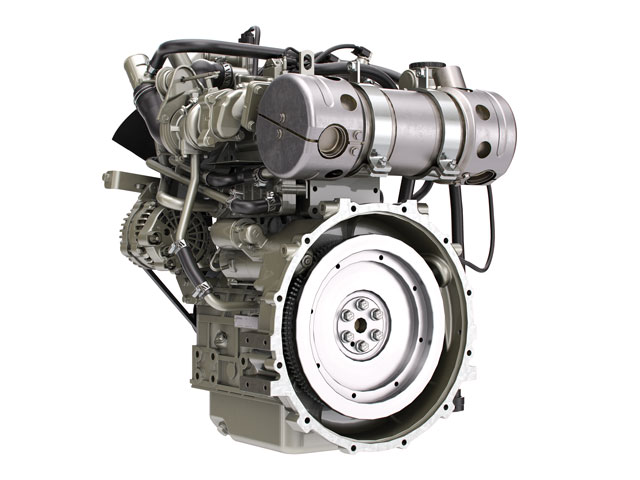 “For Europe the answer is simple. DPFs are required to meet Stage V, so every engine over 25 hp and below 750 hp will need one,” explains Lythgoe. “For Tier 4 Final the answer is more complicated. The DPF gives some performance advantages that can result in superior fuel economy. For smaller machines, in the power range 25 to 75 hp, this fuel savings is not a significant proportion of the operating costs of the machine. Many OEMs and customers will trade it off for a smaller package and the perceived simplicity of a DOC-only product.”

Beyond aftertreatment, how diesel engines are interacting with other machine systems is becoming more of a concern.

“Electric wiring should be well designed so that it doesn’t rub against any hot or sharp components,” says Lythgoe. “The engine should be quiet and have accessible service points such as dip sticks, oil filler caps and filters. All these are signs of an engine that has been well designed.”

It’s another illustration of how diesel engines are becoming more powerful, cost-effective, clean and convenient, but manufacturers aren’t resting on too many of those laurels. While Tier 5 (mirroring Europe’s Stage V) will probably not come to fruition during the Trump administration, engine makers continue to innovate regardless of regulations.

“Most industry observers don’t believe a Tier 5 will be coming to the United States within the next several years,” Wilke adds. “That said, we’re always evaluating new technologies and looking for ways to make our engines even better. Our primary focus doesn’t change. We want to help both equipment manufacturers and end-users sustain their success.”

HPCR distributes fuel to the injectors via a high-pressure accumulator or rail. Fuel pressure, timing, injection rate and duration are electronically controlled. Multiple injections — a method for reducing engine noise and particulate matter — are also possible with HPCR.

Selective catalytic reduction (SCR) systems utilize DEF to reduce nitrogen oxides or NOx. DEF is made up of 32.5 percent urea and 67.5 percent de-ionized water. The ammonia in the urea mixes with engine exhaust gases in the SCR catalyst to convert NOx to nitrogen and water vapor.

Didn’t get your fill of engines? We have more here.