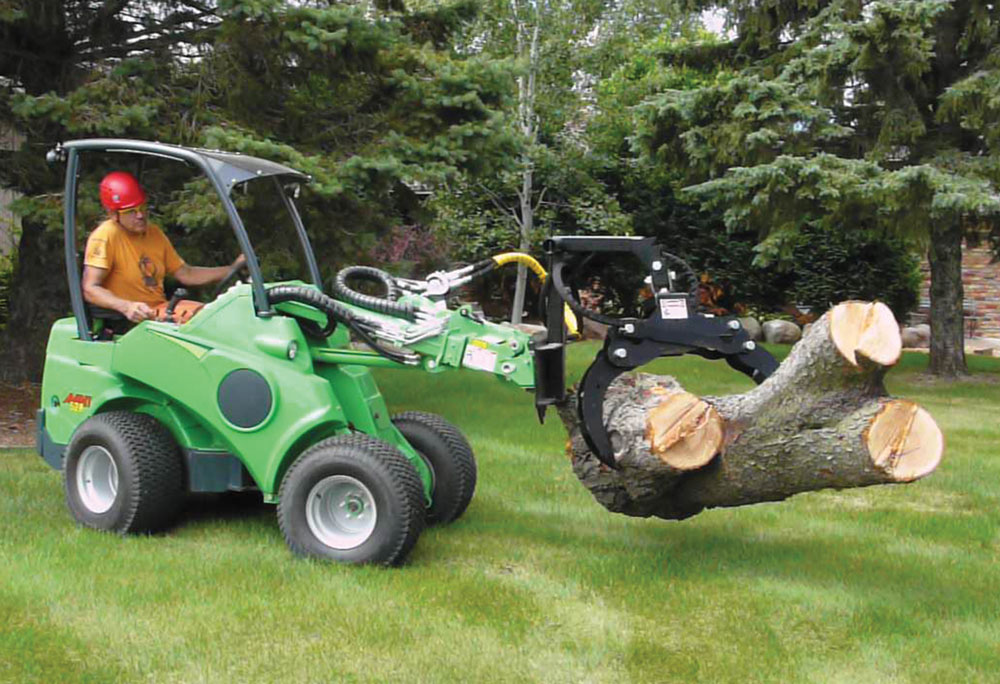 Skid steers and track loaders are the most ubiquitous attachment-takers in the U.S. market. If you want something smaller, there is the growing popularity of the “compact tool carrier” category, which offers walk-behind, stand-on and ride-on styles of construction equipment, all designed to wield attachments. While Ditch Witch, Toro, Vermeer, Bobcat and others have focused to the walk-behind/stand-on market, only a few companies in America offer bigger ride-on units with an actual seat. One of those innovators is Avant Tecno.

The company’s sit-down-style of compact tool carrier boasts big visibility in tight spaces, easy cab access (just hopping on and off), an impressive amount of rated operated capacity via vertical-lift loader arms and (yes) the ability to sit on your keister and work. These are lighter weight machines with improved maneuverability (they articulate) that can handle similar loads to that of a skid steer with hundreds of attachments available for serious application adaptability (from tree removal to indoor demolition). To help us better understand this growing niche of attachment-taker, we put Michael Gas, VP of sales at Avant Tecno, in the hot seat, prodding him about the potential of this ride-on tool carrier sector.

First off Michael, how do the specs of a ride-on compact tool carrier compare to a standard skid steer?

On a side-by-side comparison with an average skid steer, a 35-hp Avant Tecno versus an average 60-hp skid steer has the same 2,000-lb lifting capacity but weighs only 3,200 lbs vs. 6,500 lbs. Unlike a traditional compact tool carrier, there is a seat and a cab, but unlike traditional skid steer loaders, the cabin has a side entry and allows for 360-degree visibility. This makes it easier to look around and maneuver in tight spaces. The side entry removes that cumbersome climb over the attachment to get in and out of the cab for that extra layer of safety and comfort.

How well does it steer and maneuver? Is it easier on surfaces and fuel bills than a skid steer?

In addition to the lighter weight, our ride-on compact tool carriers are articulated, pivoting in mid-body. This type of steering means better maneuverability, an uptick in speed and increased sensitivity, meaning minimal damage even when driving on soft surfaces such as grass. We also have an attachment for artificial turf. All of this means less wear on the tires compared to skid steer loaders. Skid steer loaders have up to six times higher tire wear compared to an articulated loader. Additionally, since the Avant loaders’ articulated steering uses minimal power from the engine compared to skid steers, their fuel consumption is lower as well.

Considering the combination of these two metrics and the general operating costs as well, an articulated loader can save up to $40,000 to 50,000 in a five-year time frame when compared to the operating costs of a skid steer loader.

Some of these ride-on units use telescoping booms, right? We’re starting to see that in the skid steer market as well. Adding just a bit more operational impact to that compact footprint, this category does feature telescopic booms. This increases the reach and lifting height compared to most skid steer loaders, which is a big deal for loading and unloading materials, for example. Our Avant loaders also provide similar lifting capacity in comparison to the usual skid steer loaders when the boom is used in retracted position. 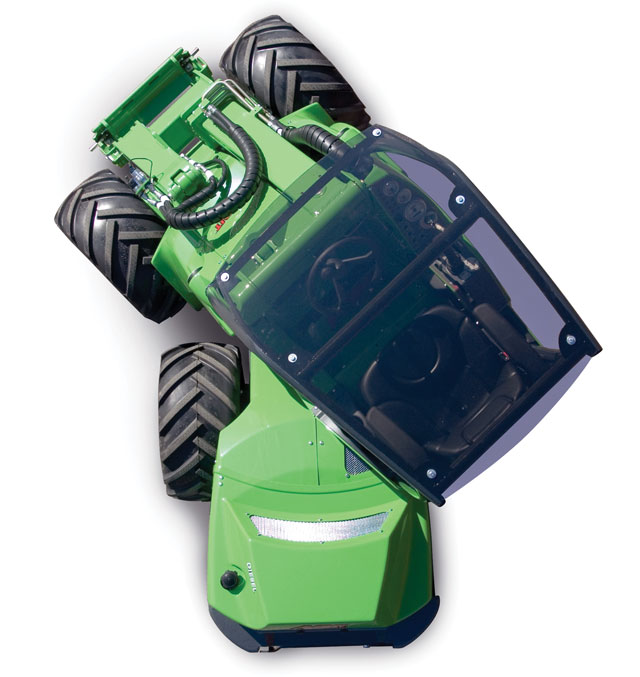 What are the major jobs and applications?

We have hundreds of attachments to suit a wide variety of applications. I would say landscaping, tree removal, nurseries, indoor demolition/construction, snow removal, farming and municipalities are our biggest segments.

Some customers are in need of something compact to travel in tight spaces with sensitive surfaces, like backyards, that require minimal surface impact over traditional skid steers. When traveling over lawns, you don’t have to put down cribbing to protect the lawn, and there’s virtually no cleanup. Because you’re saving time not fixing lawns, you’re getting the job done faster.

Our biggest two series, the Avant 600 and 700 Series, are best suited for construction. On the construction site, Avant doubles as a forklift, loader, digger and demolition robot — it can even be used as an aggregate when required. The compact and light loader is made for working inside buildings too. It can be lifted to higher floors, and the hydraulic output allows you to make use of our wide range of attachments on the same basic loader. In addition, our new fully electric, battery-powered compact Avant e5 is especially suitable for indoor use where ventilation is limited or non-existent and there are strict noise requirements. The e5 has no emissions, minimal noise level, low operating costs and fits all standard Avant attachments. We also see this as a good fit for universities and others who are looking to go green, silent and exhaust free.

The skid steer isn’t going anywhere and is still a good option for many jobs, but Avant Tecno’s articulated loaders can provide significant advantages in the particular applications mentioned.

Chris Crowell is a contributing editor for Compact Equipment.