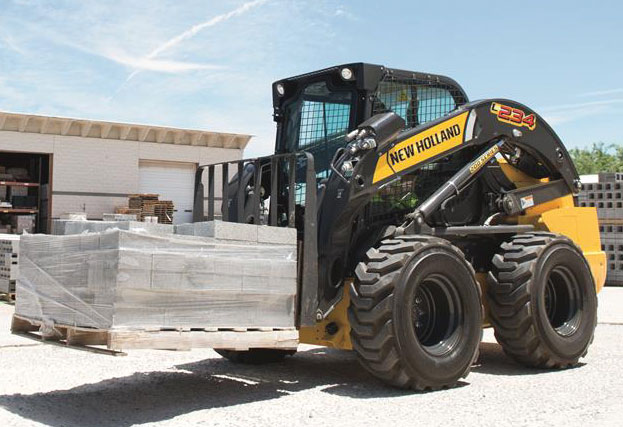 Seven Units from the Inventor of Vertical Lift

One of New Holland’s newest additions to the 200 Series, the L234 skid steer offers a new level of performance in a vertical-lift machine. At 90 hp and with a rated operating capacity of 3,400 lbs, the L234 offers one of the best combinations of reach and lift height in its class, says New Holland, up to 38.8 in. of reach and 10 ft, 11 in. in lift (to the hinge pin).

Stability is an important part of being productive on the jobsite, and that’s another area where this skid steer delivers, says New Holland. The long wheelbase on the L234, like other New Holland 200 Series skid steers, allows operators to lift and haul more material, increasing productivity. With the longest wheelbase in the industry and a low center of gravity, New Holland’s skid steers are stable. This design makes even novice operators confident on the job.

“Lift capacities and engine power are two of the biggest determining factors when choosing your skid steer loader,” says Doran Herritt, New Holland Construction product marketing manager. “The utility of a skid steer loader is unlimited. Customers must determine their toughest tasks and ensure that the loader they select is able to do them. Consult your local dealer as they have the expertise to understand what you will need in your local market. And don’t forget attachments. They can go a long way to help maximize efficiency. A bucket can do many things, but it’s not always the best tool for the job. By purchasing specialty attachments, you can perform jobs faster and with greater ease.”