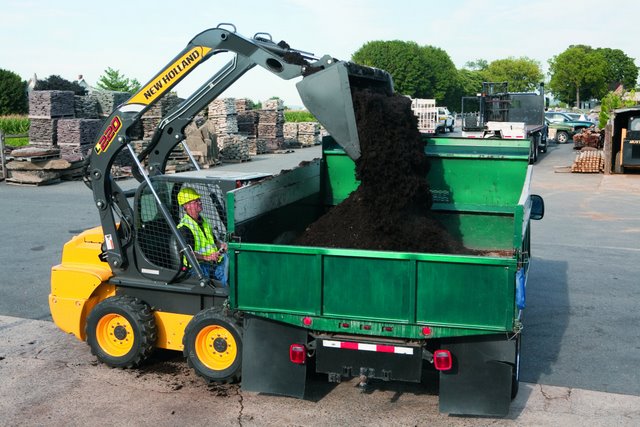 “What we wanted to do for 2011 was wipe the board clean and start from the ground up,” said Dave December in the press conference, a packed room of journalists. “We’ve got the longest wheel base in the business. We’ve got the toughest, meanest machine in the business, and our outstanding visibility from the cab just got better.”

The 53-degree dump angle on the 200 Series skid steer loaders is also best in class. This lets operators empty the bucket faster, increasing cycle times and productivity. The new self-leveling bucket feature on the five models with the Super Boom design allows attachments to maintain the preset location throughout the lift cycle.

“Customers using pallet forks or other attachments to load materials into confined spaces will appreciate the extra work they’ll be able to complete with the self-leveling feature,” December said.

Stability is an important part of being productive on the jobsite for a track loader. Because the rigid undercarriage and machine weight is distributed over a large area, New Holland compact track loaders provide a stable ride over the roughest working surfaces. The frame sheds material away from the track, minimizing downtime. Undercarriage components include permanently lubed idlers and rollers, and a strong, steel-belted rubber track. With fewer moving parts than a suspension track system, maintenance costs are significantly reduced.

“New Holland compact track loaders give operators added confidence and control by providing a smooth ride over uneven terrain and inclines,” December said. “This added stability will keep operators confident and on schedule.”

To check out these new compact loaders, visit the New Holland microsite here. 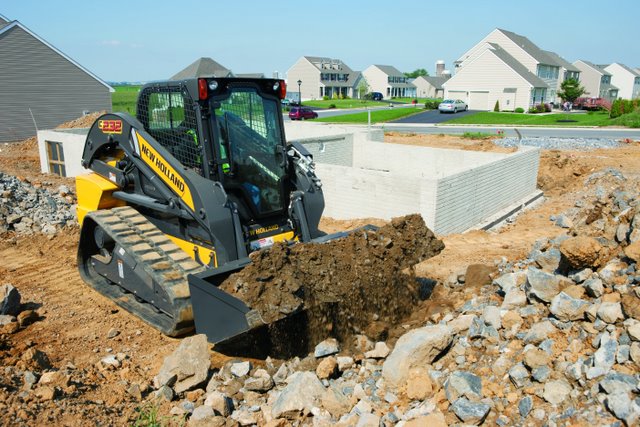