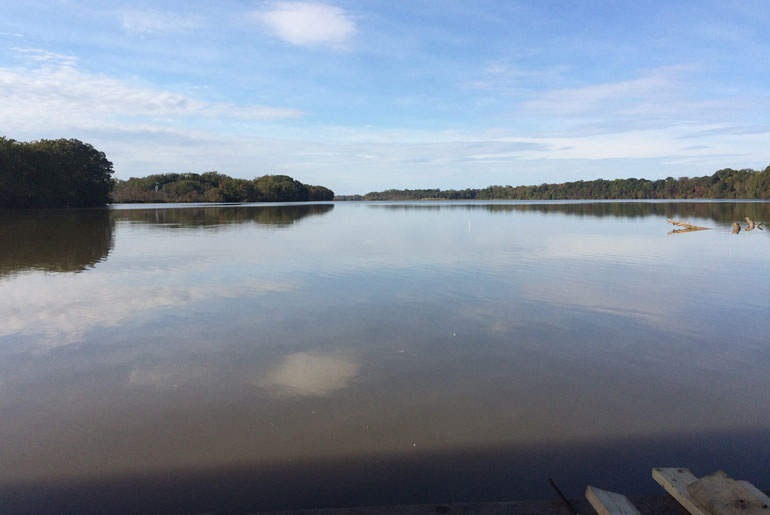 The James Madison Memorial Bridge in Virginia is not living up to its namesake. The bridge’s infrastructure has been crumbling over the past several years. But, there is good news with help on its way. To get the bridge back up to spec, Freyssinet Inc. has been working on an 18-month project that is scheduled to finish this fall.

Crossing over the Rappahannock River between Caroline and King George counties on Route 301, the James Madison Memorial Bridge lasted only 32 years (the average lifespan of a bridge is 43 years according to ARTBA) before routine inspection showed significant defects and it was labeled “structurally deficient”.

“Structurally speaking, the James Madison Memorial Bridge had several different issues,” says Lee Narron, superintendent at Freyssinet. “There are of course other bridges in the Virginia area that are structurally deficient, but this one was more critical with the sheer amount of repairs needed on it.”

The job involves 1,500 square yards of demolition and 13,000 square feet of concrete repair below the bridge deck. In addition, Freyssinet is installing 14,000 type two galvanic anodes, 7,000 type one anodes and jacking the superstructure in nearly 400 places to replace the existing bearings and anchor bolts.

“Jacking and supporting the bridge is a process in itself – it takes careful planning and operation,” says Narron. “Improper jacking can result in a collapse of the bridge or serious structural damage, but everything has gone according to plan and will continue to.” 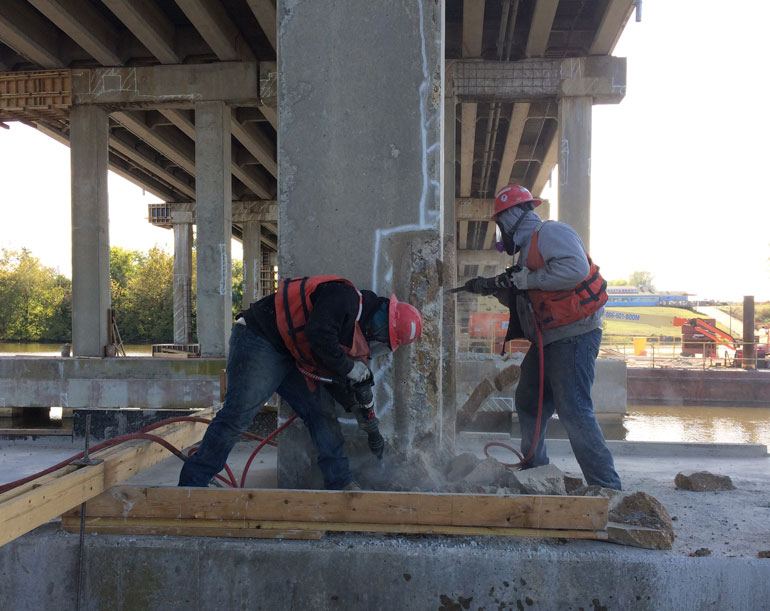 For their demolition needs, Freyssinet works with Ferrara Construction Safety of Ashland, Virginia. Rivet busters have been crucial tools on the James Madison job and admittedly Freyssinet has had their trials and tribulations. That is until Ferrara introduced them to the Chicago Pneumatic (CP) rivet busters.

“We have an aggressive crew and they went through a couple different manufactured rivet busters and broke them before we purchased the CP brand,” says Narron. “CP has the only rivet busters that will hold up for our demolition guys.”

Currently, Freyssinet is utilizing five different CP 4608 rivet busters on site. The CP rivet busters are well known with one of the best power-to-weight ratios on the market. These tools have a teasing throttle for precise control, as well as control over blank firing, excessive wear and premature structural breakage.

“It is a long-term project, and, certainly Freyssinet has had their work cut out for them to get the bridge back up to spec,” says Dustin Ferrara, president of Ferrara Construction Safety. “After having a few rivet busters break down on them, they have been able to hit the project hard with the CP brand. They are having a lot of success with the CP 4608 rivet busters.”

The James Madison Memorial Bridge repair is coming to a completion, but it is only part of a larger infrastructure problem in the U.S.

Bridges are a major national concern and will continue to be a problem due to the fact that repairing the deficiencies will not be quick fixes; they require a great deal of funds, logistics and man-hours.

The Federal Highway Administration compiles a National Bridge Inventory (NBI) Database to determine whether or not a bridge meets the required criteria. This includes a structural evaluation of the deck, superstructure and substructure. The NBI features a scale of 0-9 with a number less than four deemed structurally deficient.

The James Madison Memorial Bridge was on the lower end of the NBI’s spectrum before plans were in place to fix it. It was just one of what the NBI lists as nearly 10 percent of bridges that are failing across the country.

Improvement is evident, despite the current number of structurally deficient bridges. Since 2013, nearly 4,500 bridges are fully functioning again. Much work remains, but little by little those numbers are trending down.