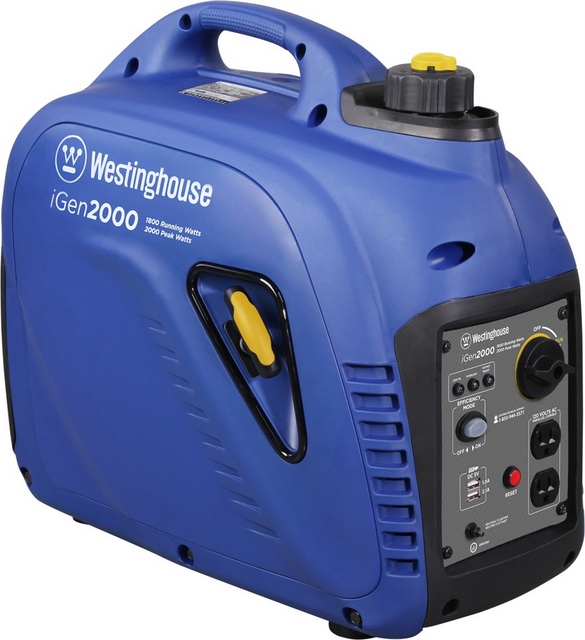 Designed for professional contractors, the Westinghouse Pro Series are OSHA and NEMA compliant and include 120/240V AC GFCI outlets and USB ports. These units are also ideal for rental companies to meet the needs of their customers. The Pro Series start with a compact iPro2500 inverter generator that delivers 2500 peak watts. The line also includes 4000-watt, 8000-watt and 12000-watt generators. All of these units are equipped with electric start, never-flat wheels, GFCI protected control panels, and fuel gauges on the tank. The Pro8000 and Pro12000 also have an onboard data center to monitor volts, frequency and hours, as well as the addition of 120/240V 50A outlet.

The iGen4500st is the top of the iGen line and incorporates 120V AC Duplex and 120 V AC 30A outlet, as well as two USB ports. It also has wheels and a retractable handle for easier handling.

The open-frame generators in the Westinghouse WGen Series range from 2000-8300 running watts. These units are simple to use and dependable, making them a fit for homeowners and do-it-yourselfers. The WGen6500st and WGen8300st will feature Smart Technology, are equipped with 120V, 120/240V, and USB outlets, push button start, never-flat wheels and fuel gauges on the tank. Dual Fuel units are included in the new line as well.