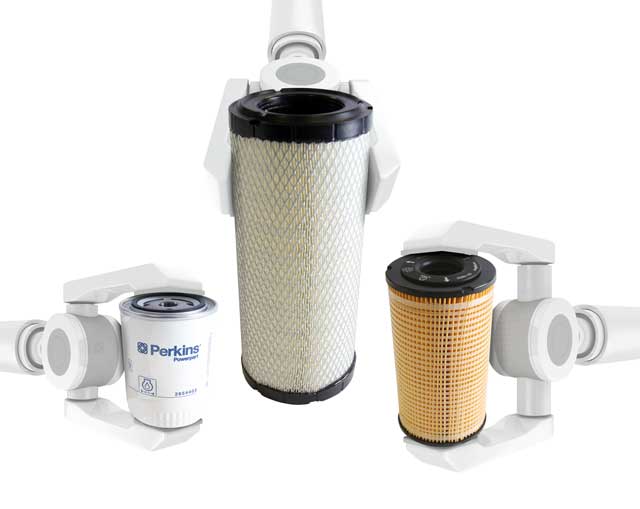 Dirt is the deadly enemy of a diesel engine, and it comes in many forms. While nobody would deliberately put a handful of sand in an engine, the truth is that you could be doing something very similar every time you add or change lubricants, fill the fuel tank or just start the engine. That’s why there is an oil, fuel and air filter on every engine, and why using the right filter for each is critically important. The job of a filter is more complicated than you might think.

Abrasive contaminants are everywhere in the environment. Some, like small metal particles, grinding swarf and paint residues may be introduced or left in the engine when it’s assembled. That’s why it’s a good idea to ask engine manufacturers about their assembly plant contamination control programs when you’re comparing vendors.

Fuel and lubricants are another often overlooked source of contamination. Water, either dissolved or in solution, is a serious concern with stored diesel fuel. Dirt and other particulates from many sources, including airborne dirt and dust that enter tanks through vents and breathers, are almost certainly present in any stored fuels and lubricants.

They may be clean when they leave the refinery, but it’s extremely likely that they aren’t clean at the point of use on industrial and construction sites. At that point, they have probably passed through pipelines, been delivered by trucks, stored in on-site tanks and flowed through pumps, hoses, nozzles and any number of other devices before getting into the engine.

Of course, the air itself is far from clean in most of the places a diesel engine works. Dust and dirt are commonplace on construction jobsites, farms and even stationary engine locations.

Even the engine itself is a source of contaminants. Bearings, crankshafts, pistons and other moving parts release microscopic metal particles as part of normal operating wear. Dust enters through worn seals and broken breathers. Even maintenance parts like new filters can introduce contaminants if they aren’t left in the original protective packaging until installed.

Your First Line of Defense

Oil, fuel and air filters are all that stand between you and costly engine wear, and each one has a specific range of requirements.

Engine oil provides critical lubrication to moving parts but also removes heat, enhances fuel efficiency and prevents formation of deposits and sludge. It can be an important contributor to engine emissions because oxidation and heating the oil can contribute to unwanted emissions.

The job of an oil filter is to keep the engine oil clean by extracting particulates such as soot caused by oil breakdown, burning fuel and metal contaminants. Without efficient filters and regular oil changes, contaminants build up on engine parts and oil passages causing restricted flow, reduced oil pressure and hot spots. This can lead to abnormal wear of major components such as bearings, crank and camshaft.

All of the lubricating oil in an engine typically passes through the oil filter every 12 to 15 seconds, so an oil filter needs to balance capturing the soot and deposits while not starving the lubrications system of its valuable oil, which could cause serious wear.

Diesel fuel pumps, injectors and nozzles all are manufactured to extremely close tolerances, often measured in just a few microns. Abrasive particles in the fuel can easily damage these components and others leading to poor starting, increased fuel consumption, reduced engine power and ultimately component failure.

The fuel filter’s main role is to clean the fuel to prevent this damage, but its secondary role as a water separator is almost as important. Water contamination in diesel fuel causes poor fuel burn, reduced power and cold spots as well as corrosion of sensitive components including injectors and fuel pumps that also impact engine performance. Abrasive wear of fuel injectors is the number one reason for premature replacement, and effective filtration is the best way to prevent wear. A typical fuel system returns unused fuel back to the tank, so a fuel filter is constantly having fuel cycled through it, and a fuel filter passes around 1.5 liters of fuel per minute, circulating 45,000 liters of fuel every 500 hours of service life.

A typical diesel engine uses about 500m3 of air every hour, but one spoonful of dust can cause irreversible damage to critical components. The air filter has to allow all of that air into the engine with minimal restriction while keeping at least 99.99 percent of the dust out.

Restricted airflow caused by a blocked filter reduces engine power output and increases fuel consumption, leading to a buildup of carbon deposits on overhaul components. Particles entering the combustion chamber through inefficient filtering can cause wear of valves and valve seats, leading to poor performance and potential damage to sensitive components such as turbochargers, piston rings and valves, all of which are expensive to repair

All Filters Are Not Created Equal 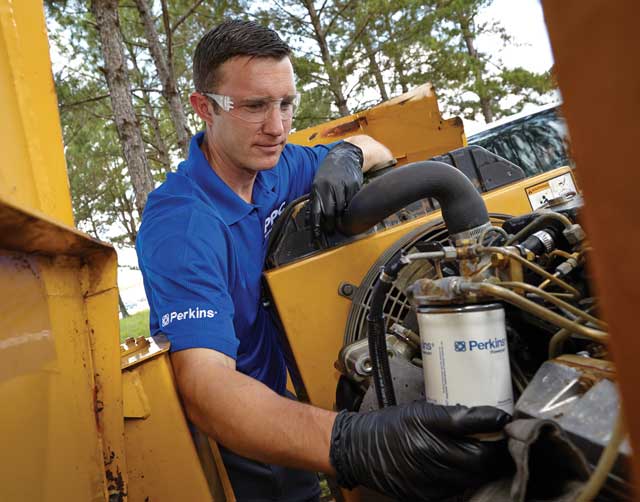 A typical diesel engine uses about 500m3 of air every hour, but one spoonful of dust can cause irreversible damage to critical components.

Nobody knows more about their engines than the people who design and build them. That’s why virtually all OEMs recommend original equipment filters and why it’s a good idea to follow that recommendation. It is true that OEM filters tend to cost slightly more than aftermarket “will-fits,” but there are good reasons. Using Perkins as an example, a genuine fuel filter will have the following features that are seldom found on aftermarket products.

• Spiral roving holds the pleats in an even shape. Without spiral roving the flow of fuel can move the pleats to and from, weakening the structure, breaking down the integrity of the media and allowing more particles through.

• Acrylic beading helps to prevent bunching. Fuel flow can distort the filter shape, moving some pleats closer and others wider apart. The pleats will try to move apart as the filter starts to load up with particles. As a result, the heavily loaded areas open, and less loaded areas close up, reducing filter effectiveness.

• Non-metallic center tubing is actually stronger than metal. It helps retain the shape of the filter, and being plastic is cleaner during production. Metal center tubes can carry the risk of small metal particles on the “clean” side of the filter being washed into the engine and causing wear.

• Molded urethane end caps eliminate filter failures caused by failure of the adhesive holding the end of the filter media. This produces a leak path that allows unfiltered fuel to enter the engine. The risk of failure is greatly reduced by molding the media into the end cap.

• Again, using Perkins as an example, our technicians have disassembled a number of aftermarket “will-fit” oil filters and found them to contain up to 45 percent less media than an OEM filter. They also found that the relief valves often fail to open at the specified pressure.

Paying attention to filtration is one of the best ways to minimize the life cycle operating cost of your diesel-powered equipment. It’s really not all that complicated.

Julian Wood is the product marketing manager for service and maintenance products at Perkins Engines. 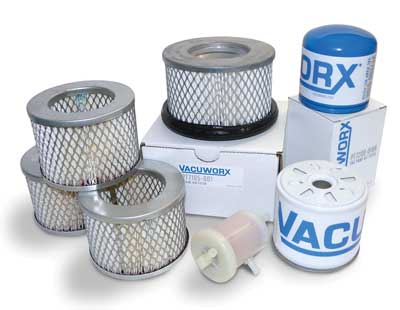