There Was a Modest Increase in Nonresidential Spending in April, says ABC

Associated Builders and Contractors by CE Staff | on June 7, 2019 | 0 comments | in Business and Software | Like it 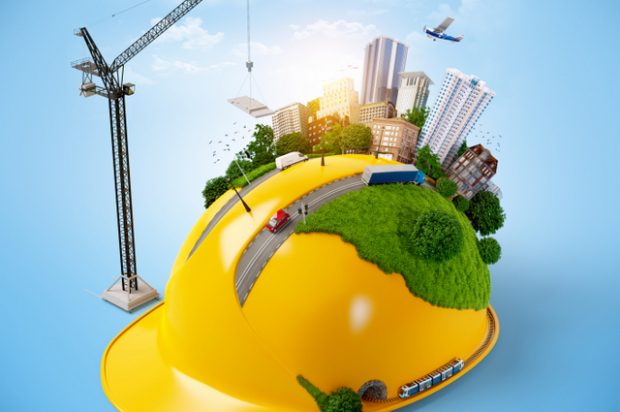 According to an Associated Builders and Contractors analysis of U.S. Census Bureau data, national nonresidential construction spending rose 0.3% in April, totaling $792.6 billion on a seasonally adjusted annualized basis, which is a 6.4% increase compared to the same time last year. While public nonresidential spending expanded 4.8% on a monthly basis and increased 15.4% since April 2018, private nonresidential spending fell 2.9% in April and is up just 0.6 % year-over-year.

Among the 16 nonresidential construction spending categories, nine experienced an increase in monthly spending, with the largest increases registered in water supply (9.8%), highway and street (6.8%) and transportation (3.9%). Manufacturing (-7.1%) and commercial (-3.7%) experienced the largest decreases in April, though manufacturing spending is still up 10.9% compared to the same time last year. 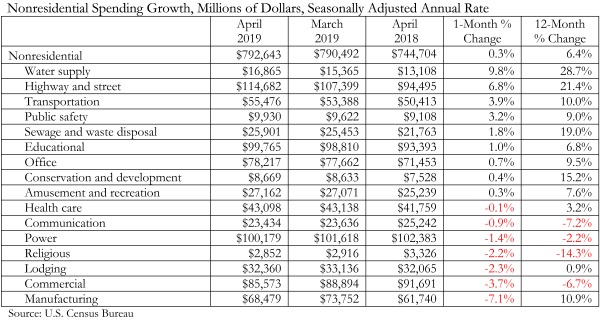 “Given current levels of backlog, which expanded to 9.5 months in March 2019, nonresidential construction spending should remain elevated,” said Basu. “That said, risks of recession in 2020 are rapidly rising, which has the potential to reduce construction activity in 2021 and/or 2022.” 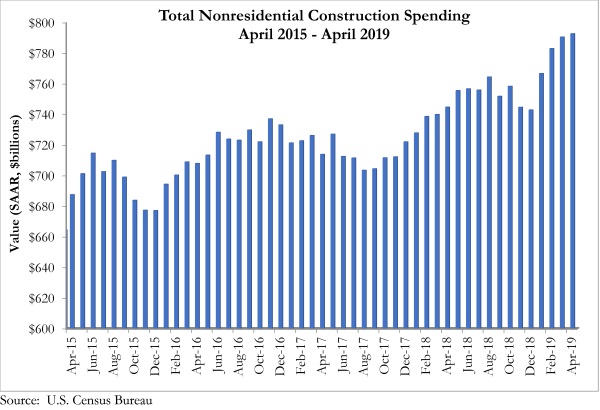