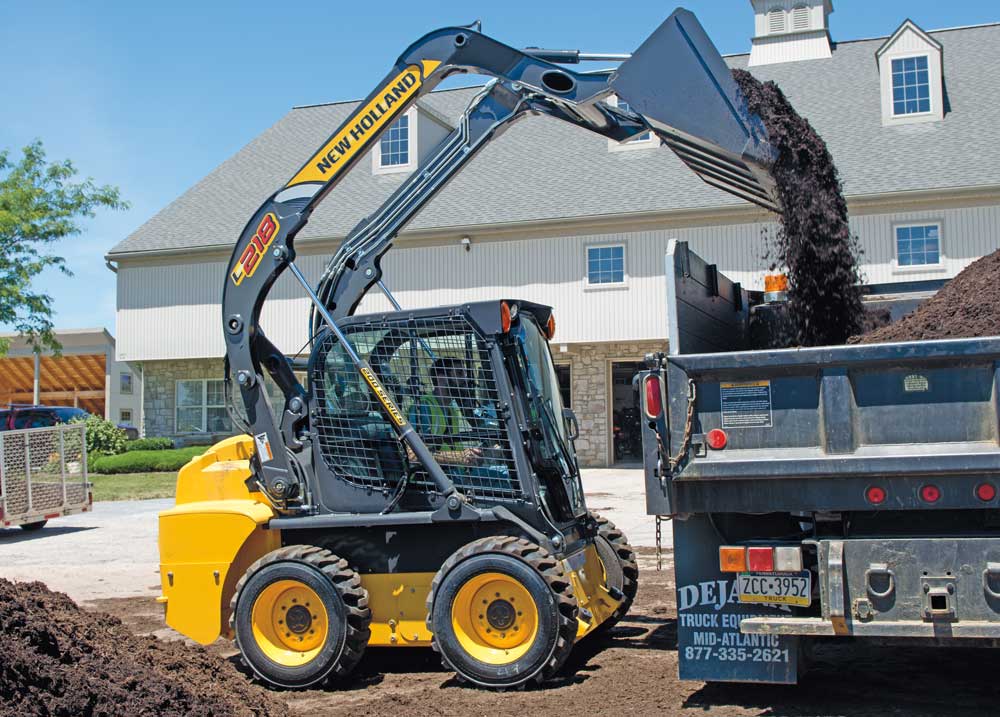 Seven Units from the Inventor of Vertical Lift

One of New Holland’s newest additions to the 200 Series, the L234 skid steer, offers a new level of performance in a vertical-lift machine. At 90 hp and with a rated operating capacity of 3,400 lbs, the L234 offers one of the best combinations of reach and lift height in its class, says New Holland, up to 38.8 in. of reach and 10 ft, 11 in. in lift (to the hinge pin).

Vertical-lift skid steers are especially productive in lift-and-carry applications. Like all New Holland 200 Series skid steers, the L234 provides a comfortable working environment. It’s outfitted with one of the industry’s widest cabs, says New Holland. The rear window provides good rear visibility. Stability is an important part of being productive on the jobsite, and that’s another area where this skid steer delivers, says New Holland. The long wheelbase on the L234, like other New Holland 200 Series skid steers, allows operators to lift and haul more material, increasing productivity.

In addition to a compact design with power and performance, New Holland says its skid steer loaders offer durability, reliability and a great dealer network for service.

“Today, skids steers are more alike than they are different,” says Ryan Anderson, skid steer and track loader product marketing specialist for New Holland Construction. “There really isn’t a manufacturer in the business that doesn’t make a quality piece of equipment. At the end of the day, evaluate a machine on how it will make your work day easier. Look at things like ergonomics and how controls are positioned. Consider visibility and how easy it is to see objects around the machine including the outside profile of the tire.”
[prettyPhoto title=”New Holland Specs” link=”https://compactequip.com/wp-content/uploads/2019/07/new-holland-skid-steer-specs.jpg” type=”link” ]