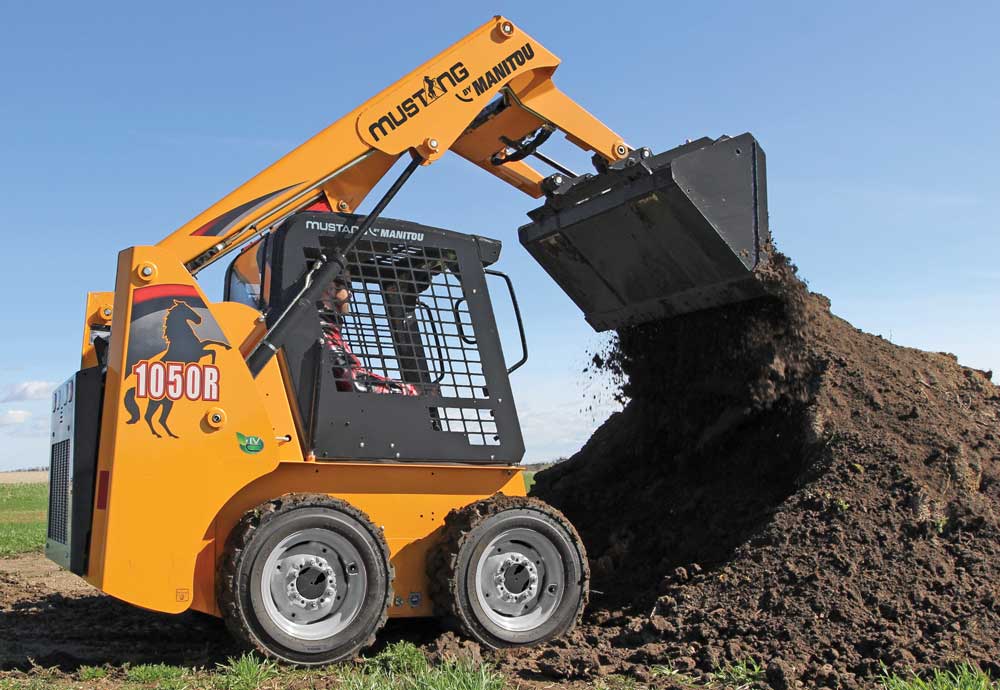 Building High-Performance Models for Over 50 Years

The 4200V is the newest and most powerful Mustang by Manitou skid loader. With an operating weight of 11,665 lbs, it is one of the largest skid loaders offered on the market today. A vertical-lift path of almost 12 ft provides dumping and loading performance. While Mustang by Manitou’s patented Hydraglide system delivers a smoother ride with less material spillage. Performance is enhanced with high-flow auxiliary hydraulics that offer hydraulic flows up to 41 gpm. The Mustang by Manitou 4200V is the ultimate tool carrier — coming standard with the features needed to operate attachments such as mulching heads, cold planers, rock wheels and much more, says the company.

“Skid steers have truly become a worksite tool, and the factors that go into making purchase decisions must account for several variables,” says Aaron Haynes, product manager of Mustang by Manitou skid and track loaders. “For example, for use in highly congested areas, the buyer must strike a balance between machine dimensions and overall performance in order to select the proper model for the job.”