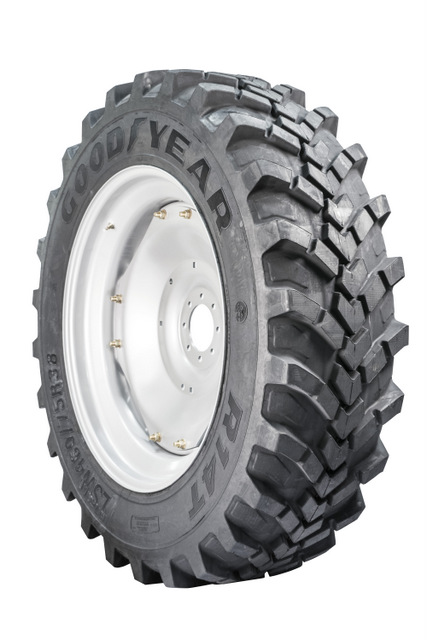 Titan International recently announced a new versatile tire — the Goodyear R14 — that can meet growers’ needs whether they are in the field or on the road. Titan engineers combined the traction and cleaning features of an R-1 agriculture tire with the wear and ride features of an R-4 industrial tire, eliminating the need to choose between one tread style or the other and giving the R14 its name. From hard concrete surfaces to softer soils, the R14 is designed to perform in a variety of conditions and applications — without the need to change out tires.

“The combined elements of the two tread styles result in one less decision a grower is forced to make when purchasing a compact tractor,” says Scott Sloan, agricultural product manager for Titan and Goodyear Farm Tires. “Compact tractors, by nature, are designed to be versatile enough to work in any weather or conditions, including soil, snow or turf, but there’s never been a tire designed to work equally as well in each of those applications. That’s why we designed the R14.”

This versatility also has the potential to save growers significant time and money over the life of the tire. Previously, if growers wanted to switch machines between a farming, industrial or turf application, they’d have to change both wheels and tires — a nearly $4,000 conversion. The R14 eliminates that need.

Its continuous arc bar angle shape is inspired by the premium Goodyear OPTITRAC R-1W line. Titan’s MXL E3/L3 element down the center of the tire provides superior wear and outstanding performance. Another feature that adds to the versatility of the R14 is its high lug-to-void ratio, which makes it a great choice for hard surface applications, while the lug is designed for cleaning and traction in softer soils.

Titan also developed wheels to match the LSW sizes for the R14 — an engineering feat all its own — allowing users to enjoy the many benefits of LSW technology, such as reduced soil compaction, power hop and road lope. The 28-inch deep drop rim profile is the smallest of its kind in the industry and is an adjustable waffle wheel design that brings all the benefits of LSW to smaller compact tractors for the first time.

For more info about Titan, click this link. We know you can do it!