Show has grown and evolved along with the vocational truck industry

Innovative technologies, more-efficient vehicles and game-changing upfit solutions have transformed the work truck industry over the past two decades. Since 2001, The Work Truck Show has showcased these advancements annually, offering vocational truck fleet operators, manufacturers, dealers and equipment distributors an inside look at the latest trucks, vehicle components and equipment — all in one place.

“We’re excited to mark the 20th anniversary of The Work Truck Show and reflect on how this event and the work truck industry have advanced over the past 20 years,” says Steve Carey, NTEA president & CEO. “The Show plays an important role in helping our industry discover innovative solutions, overcome challenges and achieve goals. The Show’s success is the result of the commercial vehicle community’s thirst for continuous education and evolution.”

Birth of The Work Truck Show

NTEA — The Association for the Work Truck Industry started producing member events just a year after it was formed as Truck Equipment & Body Distributors Association (commonly called Distributors Association or D/A for short) in 1964. What started as the Sales and Marketing Conference, an event featuring sales workshops and tabletop displays, grew over the next decade into D/A Convention, the industry’s annual meeting for truck equipment distributors, body builders and suppliers. The D/A Convention tradeshow was held in hotel ballrooms with exhibitors limited to 10-foot by 10-foot booths.

In 1982, the Association debuted SUPERSHOW, a biennial tradeshow that in its first year covered the Superdome field with 67,350 square feet of exhibits, including vocational trucks.
As the pace of industry evolution quickened, NTEA surveyed members about their challenges. In the late 1990s, markets were consolidating, distribution channels were shifting, customer demands were changing and there were rapid developments in information technology and equipment innovation. It was time for a new, more frequent tradeshow.

During its first decade, The Work Truck Show was held in a different city each year. By 2011, it grew too large for most convention facilities to handle, and Work Truck Week found a long-term home in centrally located Indianapolis.

A look back at where the show has been:

The Work Truck Show is nearly three times larger today than it was back in 2001, thanks to continuous demand from new and returning exhibitors. The number of exhibitors has grown from 350 in 2001 to more than 500 in 2019. After maxing out all available exhibit space at Indiana Convention Center, NTEA found creative ways to accommodate some of the companies on the Show’s waiting list every year. In 2019, New Exhibitor Pavilion, a dedicated space outside the main 500,000-square-foot exhibit hall, was added to showcase first-time exhibitors.
Show attendance has nearly doubled since 2001, growing from 7,143 attendees to a record 14,256 at The Work Truck Show 2019.

In 2007, there was limited knowledge about green technology or hybrid vehicles in the vocational truck industry. Fuel prices were on the rise, and fleet managers began to express interest in how emerging technologies could help offset fuel costs while positively affecting the environment.

“Green technology in our industry at the time was basically nonexistent,” says Doyle Sumrall, NTEA managing director. “But there were a few OEMs starting to work on developing hybrid vehicles, and they were interested in sharing what they were doing with the industry. Green Truck Summit really started as a way to bring visibility to these new clean vehicle technologies and connect the developers with industry decision-makers.”

What is now Green Truck Summit started off as a special session at The Work Truck Show 2007 called Hybrid Truck and Alternative Fuels Summit. Green Truck Summit has grown to become the industry’s premier alternative fuels and advanced technology conference, annually bringing together industry leaders to share developments in the journey toward greater work truck productivity and efficiency.

“We literally started in 2007 with three or four vehicles in the corner. Now we have a full day of education with OEMs, suppliers, government entities and users sharing their sustainability stories. Major announcements are being made, and new alternative fuel and advanced technology products are being introduced regularly at The Work Truck Show in conjunction with Green Truck Summit,” says Sumrall. 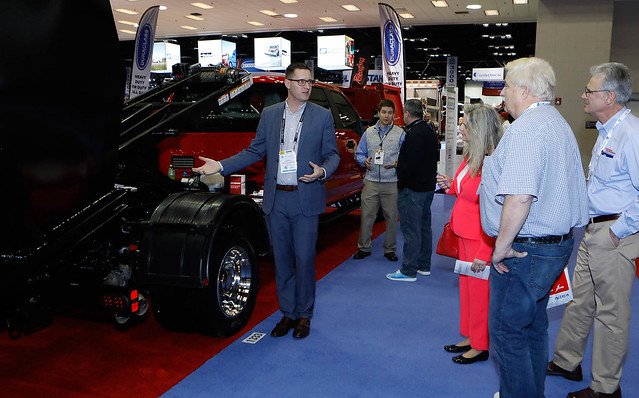 Over the years, manufacturers have learned The Work Truck Show is the place to introduce their latest work trucks, equipment and technology. Many new trucks and vans have made their worldwide debut on the Show floor. Hundreds of exhibitors have highlighted new products ranging from truck bodies and vocational equipment to components and power solutions in the annual New Product Spotlight. The focus of many of the products introduced at The Work Truck Show is to improve safety, reduce costs, increase efficiency and enhance fuel economy.

Work Truck Show attendees have heard from many prominent presenters at NTEA’s Annual Meeting. Keynote speakers have ranged from former U.S. presidents and other government leaders to performers and professional athletes. 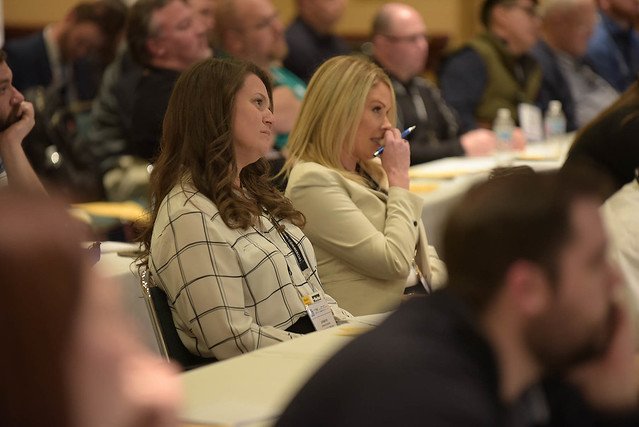 The Work Truck Show features the latest vocational trucks, vans, vehicle components and truck equipment on an exhibit floor covering more than 500,000 square feet. The event includes a robust educational conference with sessions designed to help attendees improve their operations. Additionally, most years, a Ride-and-Drive and outside demo area offer the opportunity for attendees to get hands-on with innovative technology and new trucks.

Anyone who works with commercial vehicles, including public and private truck fleet operators, manufacturers, dealers and equipment distributors can find solutions to their business challenges at the Show.