The commemoration of the American Rental Association’s (ARA) 60th anniversary and the continued optimism for growth in the equipment rental industry combined to create a successful 60th edition of The Rental Show in Atlanta from Feb. 21-24 at the Georgia World Congress Center.

From its beginning at the first convention and trade show during February 1957 with 100 attendees and eight exhibitors in Omaha, Neb., The Rental Show 2016 brought together an increased number of rental business attendees over the previous show for the seventh consecutive year — an achievement last accomplished in the 1970s. Rental attendance was the highest in 10 years, since ARA’s 50th anniversary celebration in 2006.

The sold-out show floor had 665 exhibiting companies — including one manufacturer, Clarke, that’s been at every show since the first in Omaha — and featured lively buying activity throughout the three days the exhibit hall was open.

“It was a fantastic show,” said Terry Turner, CERP, now ARA’s chairman of the board from All Occasions Party Rentals in Knoxville, Tenn. “It was great to see everybody in Atlanta and the mood was good. The vendors I talked to had a great show and were excited.”

Attendees reached the show floor in an upbeat mood following a full day of crowded seminars on Feb. 21 and an engaging keynote session to start the morning on Feb. 22. During the session, keynote speaker Earvin “Magic” Johnson captivated the capacity crowd with fist bumps, humor and even posed for selfies with audience members. The basketball star has become a successful businessman since his NBA playing career ended, and he told the audience the same strategies he’s used for his business ventures can work for the rental industry as well. “You gotta over-deliver to your customers, your clients and your partners. My ‘secret sauce’ of success has been to over-deliver,” Johnson said.

The opening day of the trade show after the keynote was frenetic, which pleasantly surprised exhibitors, and the remaining two days on Feb. 23-24 provided more positive buying activity that left attendees and exhibitors weary but still smiling.

“Everything moved along well. People were very optimistic and very energetic on the show floor,” said Christine Wehrman, ARA CEO and executive vice president. “You could see how excited they are about the year ahead. Attendees were pleased with all that the show offered and to see everyone. They were upbeat, expressing that it’s very worthwhile to be at the show. They enjoyed the events, were pleased to see each other and embraced what the exhibitors had to offer. It was visibly energetic and very positive for the industry. It bodes well for rental operators in the coming year.”

Attendees noticed that upbeat attitude as well. “I know I am biased after a few great years, but I haven’t heard anything but positivity and excitement from other members and vendors. All you had to do is stop and look around on the show floor — everyone was smiling,” said Josh Nickell of Nickell Rental, Newnan, Ga. He said his company placed several orders on the show’s first day, taking care of business earlier than usual and continuing to buy throughout the show. “I’m really excited about some new product categories we’ve discovered at the show this year. They will make great additions to the fleet and help us access some niche markets.” 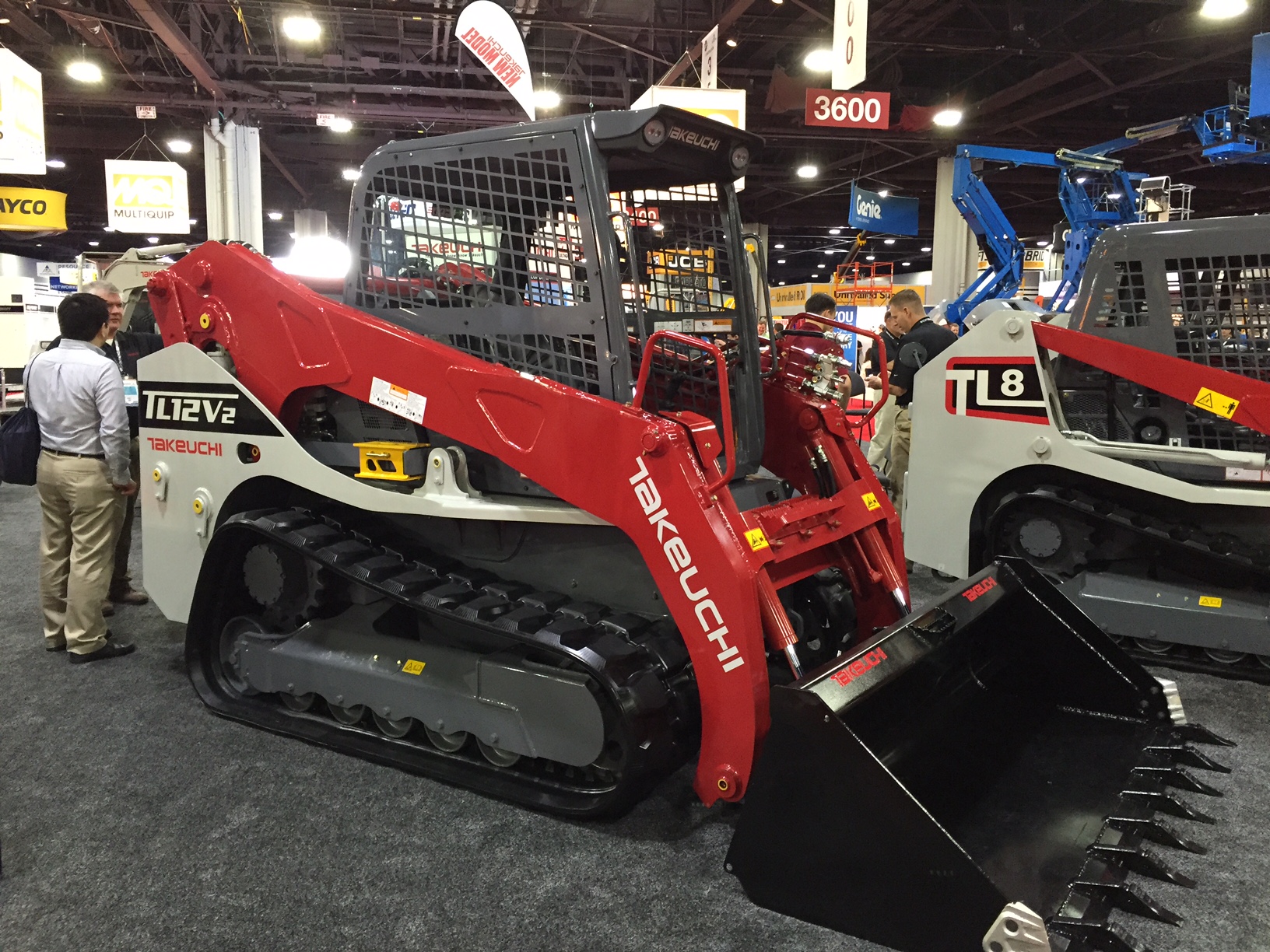 “There was great activity on the floor this year,” said Clay Eubanks of Takeuchi Manufacturing (U.S.), Pendergrass, Ga.

Erin Stubbs of Busylad Rent-All, Tupelo, Miss., said the attitude of attendees was a little better this year. “A lot of people were buying on the first day. At almost every booth we visited on the first day, we had to wait in line to get an order written.”

Exhibitors were equally pleased with the show. “There was great activity on the floor this year,” said Clay Eubanks of Takeuchi Manufacturing (U.S.), Pendergrass, Ga. “The show exceeded expectations … it seems that attendees from all across the country were excited, buying and have had good years. Section 179 will help many of them too.”

For JLG Industries of McConnellsburg, Pa., “we weren’t quite sure what to expect” coming into the show, according to Alan B. Loux, vice president of marketing. “There’s been some doom and gloom out there because of the energy markets, but I can’t say that’s reflective of the customers coming through The Rental Show. The fundamentals of the industry are there. Construction looks to be positive for the next few years, so it should be a good year and we were seeing that sense of optimism here in Atlanta.”

For some exhibitors in the party/special event segment, it was even better. “It’s explosive,” said Kenny Puff of Green Monster Manufacturing, Elmsford, N.Y. “In 24 hours we sold more product than we have in the past six months and it’s all due to being at The Rental Show.”

As ARA moves forward into its seventh decade of operation, plans are already beginning for its 61st annual convention and trade show. Next year, The Rental Show returns to one of its most popular destinations, Orlando, Fla., from Feb. 26 to March 1, 2017.

For more coverage of The Rental Show, click this link. It’s not like you’re doing anything else.