More updates from the world of engine Tier emissions. In case you haven’t heard, Tier emission levels are a big deal, with Tier 4 Interim regulations begin in 2011 for most power categories and Tier 4 Final is phased in beginning in 2014. To help contractors make the transition to new engines, John Deere Power Systems (JDPS) announced the generator drive power ratings for its entire lineup of Interim Tier 4 diesel engines. The new power ratings are the latest addition to John Deere’s already extensive lineup of standby and prime gen-set engines that meet emissions regulations around the world. 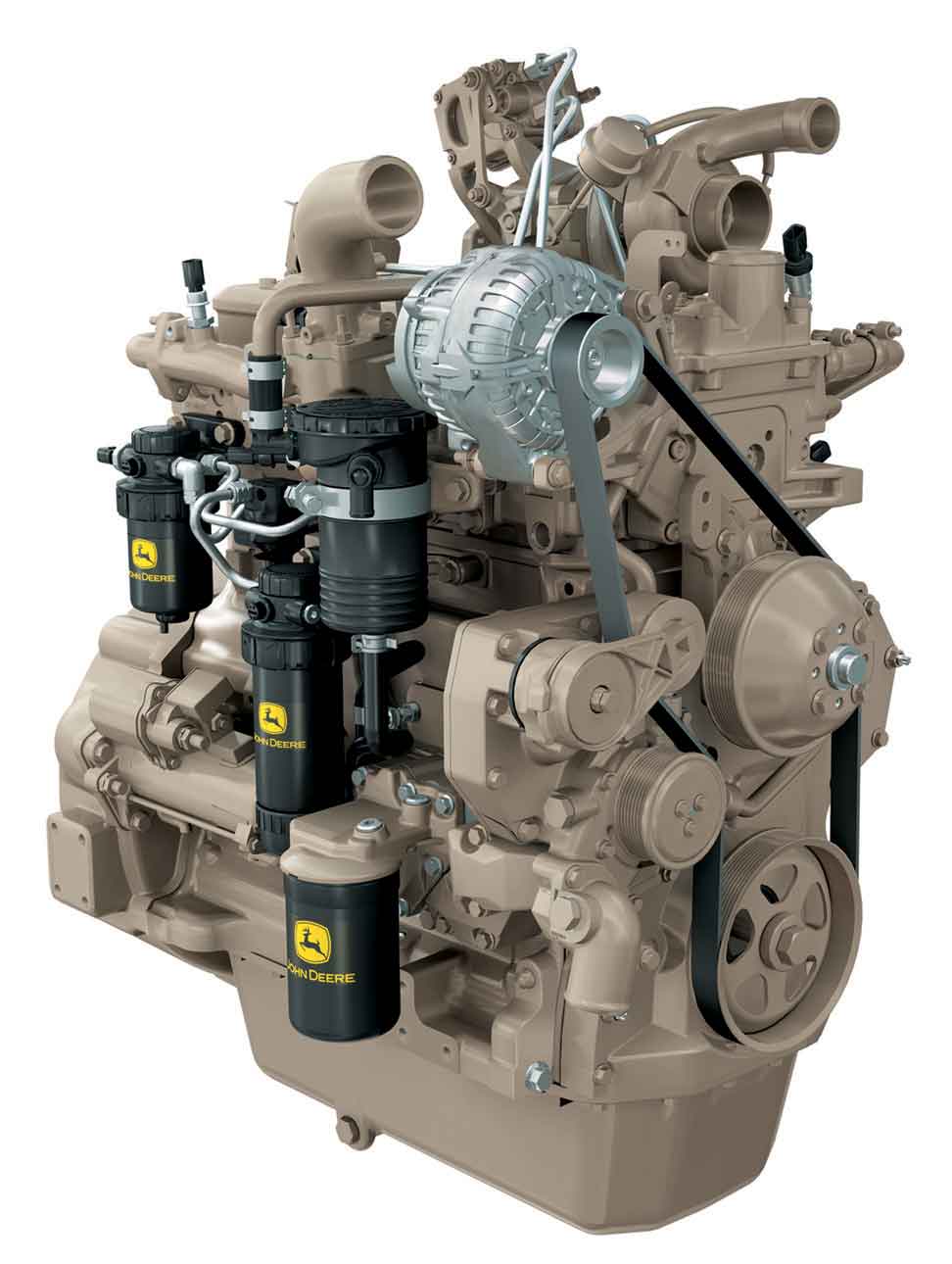 For engines 75 hp and above, John Deere will start with its proven PowerTech Plus Tier 3 engine platform, which includes cooled exhaust gas recirculation (EGR) for NOx control, and add an exhaust filter for reducing PM. These engines will feature full-authority electronic controls, a four-valve cylinder head, a high-pressure fuel system, turbocharging and an air-to-air aftercooling system.

Engines between 75 hp and 173 hp will be available in 4.5L and 6.8L displacements and will be equipped with either a wastegate or variable geometry turbocharger depending upon the size of the engine.