Explaining Oil: We Delve into the Essential Diesel Engine Lubricant, Coolant and Cleaner 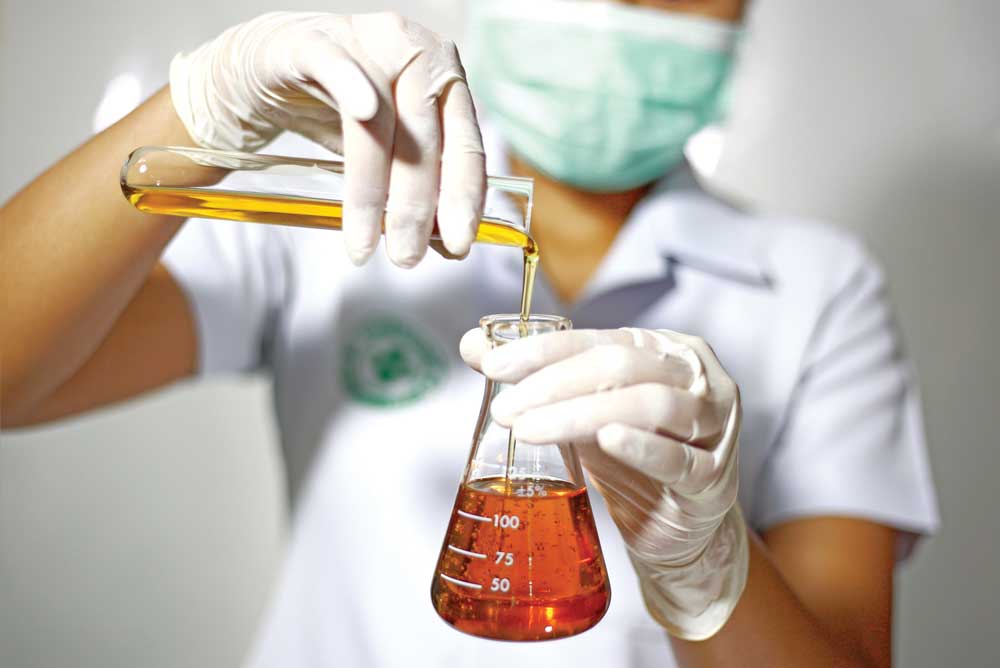 With the wide usage of diesel engines powering many types of compact equipment these days, it’s crucial to understand the precious oil needed to keep them running properly each day and for a long time. This article will tell you what you need to know.

Available in some variation since the formative years of diesel engines for mobile applications — around 1930 — the same three basic needs for this product continue to exist. Namely, keeping engine components separated, capturing and moving heat around and keeping contaminants in suspension. While we can be certain that the earliest variations were simple and required frequent changing, we know that advancements in both the base stock and the various chemicals added to oil have resulted in current products that are quite remarkable in their capabilities and longevity.

API or the American Petroleum Institute is a trade body, and it categorizes compression ignition diesel engine oil with the letter “C.” For years, the product has been identified with the “C” nomenclature — CA (initial product) thru CK-4 (most current product) — each new recipe simply replacing the one preceding it. Simple to understand and purchase. The latest piece of news is the “F” category — as in FA-4 — a break in this tradition which will be explained further. But basically, it’s an oil product developed specifically to enhance the fuel efficiency of engines.

A commercial oil is developed from a selection of base stocks to which a variety of additives are blended in to provide enhanced performance. As shown in the accompanying table (page 60), there are four base “grades” of oil to select from and those companies making oil might very well select their base stock for a particular product from more than one of these base groups. This is the case of a product identified as semi-synthetic (mineral oil base with some synthetic as well).
The next step in the process is adding in the required additives for such crucial things as minimizing foaming, maintaining viscosity, capturing particles and keeping such particles in suspension. After that, each particular oil will be subjected to the appropriate tests to ensure that they pass, and it takes some time and money to complete all these tests.

But once this has been confirmed, it will qualify for the API certification — the most common one in North America — and it’s important to know that your oil has this certification. It’s not necessary to know exactly how this was done or what went into the recipe.

But what about this new FA-4 product? What do I need to know about it? Well the difference is straightforward, and it involves the operating characteristics of the oil. Specifically, the HTHS (High Temperature High Shear) which is a measure of the oil viscosity when it’s fully warmed up. Naturally, the less resistance that something such as oil has — when serving as a barrier between two moving elements — the easier it will be for the two items to move relative to each other and the less energy will be required. A “C” category 10W30 has a slightly higher HTHS value than an “F” category 10W30 though they both fall into the 10W30 category.

Naturally the trade-off is that a “lighter” oil would not provide quite as much film strength to keep the two parts properly separated — thereby possibly resulting in increased wear. That must be carefully determined for an engine — more of those numerous tests required — and the idea that a specific thinner oil needs to designed for a specific application in mind. It is mostly for new engines, mostly on-road, that such a new oil is suitable and approved at this time. 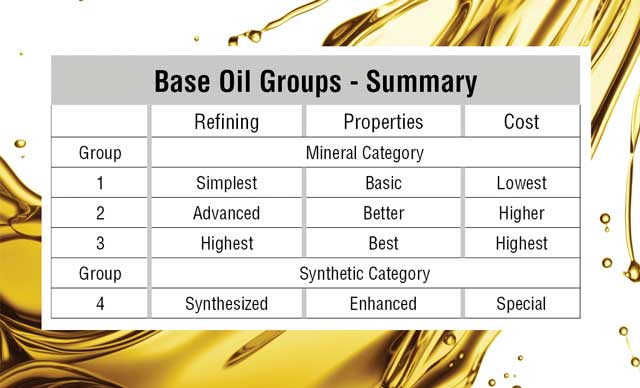 Tier 4 engines require CK-4 oils and not CI-4 engine oils. This is due to the low ash requirement of the oil to prevent damage to the aftertreatment and or diesel particulate filter (DPF). Also CK-4 offers better oxidation stability, aeration and shear stability over CI-4. The standards for oils are developed carefully among the engine companies and oil companies.

Fortunately, there continues to be a wide range of companies blending diesel oils these days, ranging from the major oil brands and companies specialized in producing lubrication oils to house brands often blended by the majors with the proper requested label in place. Selection by the user remains simple: Determine the proper required viscosity for operating conditions, including in some cases extremes in temperature.

But remember: Just because the oil has the same viscosity and API certification does not necessarily mean the oil properties are the same. Each engine oil manufacturer will have their own blend of base oils and different proportions of additives. So a premium quality oil may have a better life, be in better condition at the end of the service period and offer more viscosity stability under high load conditions. Also, each manufacturer builds engines in different ways, using slightly different materials, so you will often find some engines prefer a specific oil. Looking at an oil specification you will see the engine manufacturer’s approvals listed, and this can be a good guide to better quality oils.

For those looking to extend oil drain intervals, be cautioned to ensure that the filter has the required capacity to live through any longer period that might be anticipated. Oil sampling and laboratory evaluation will confirm the possibility for the oil and operating conditions.

Those now in possession of any engines that might be able to use the new FA-4 oil — and at this time it would be primarily the very newest on-road trucks — be cautioned to not allow any of this new stuff to get into the legacy engines because FA-4 is of course not backward compatible. The word on the street seems to be that quite a few operations still use CK-4 for all their diesel engine oil needs as they don’t wish to risk the engine damage that might occur from a mis-fill. The several percentage point benefits in efficiency are just not worth the overall risk.

Chances are that we won’t see too much new in the world of diesel oils for a few years as the development cycle is quite long, and a significant one has just been completed. Use the proper stuff for each of your engines. Don’t hesitate on taking it out of service (changing it) when the time comes along, and your diesel engines will be running just as smoothly as all the other parts of your operation.

John Fischer is a freelance writer for Compact Equipment. 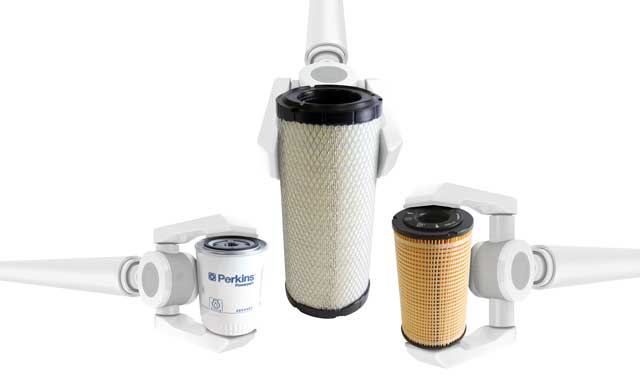 The job of an oil filter is to keep the engine oil clean by extracting particulates such as soot caused by oil breakdown, burning fuel and metal contaminants. Without efficient filters and regular oil changes, contaminants build up on engine parts and oil passages causing restricted flow, reduced oil pressure and hot spots. Engine startup is a critical time for lubrication and ensuring the filter does not restrict flow, especially if the engine has been sitting. It is important when an engine has a turbocharger, which relies on flow of oil to lubricate and cool the engine. All of the lubricating oil in an engine typically passes through the oil filter every 12 to 15 seconds, so an oil filter needs to balance capturing the soot and deposits while not starving the lubrication system.

Diesel fuel pumps, injectors and nozzles all are manufactured to extremely close tolerances, often measured in just a few microns. Abrasive particles in the fuel can easily damage these components and others leading to poor starting, increased fuel consumption, reduced engine power and ultimately component failure. The fuel filter’s main role is to clean the fuel to prevent this damage, but its secondary role as a water separator is as important. Water contamination in diesel fuel causes poor fuel burn, reduced power and cold spots as well as cavitation damage of sensitive components including injectors and fuel pumps that also impact engine performance. Abrasive wear of fuel injectors is the No. 1 reason for premature replacement, and effective filtration is the best way to prevent wear.

A typical diesel engine uses about 500m3 of air every hour, but one spoonful of dust can cause irreversible damage to critical components. The air filter has to allow all of that air into the engine with minimal restriction while keeping at least 99.99 percent of the dust out. Restricted airflow caused by a blocked filter reduces engine power output and increases fuel consumption, leading to a buildup of carbon deposits on overhaul components. Particles entering the combustion chamber through inefficient filtering can cause wear of valves and valve seats, leading to poor performance and potential damage to sensitive components such as turbochargers, piston rings and valves, all of which are expensive to repair.