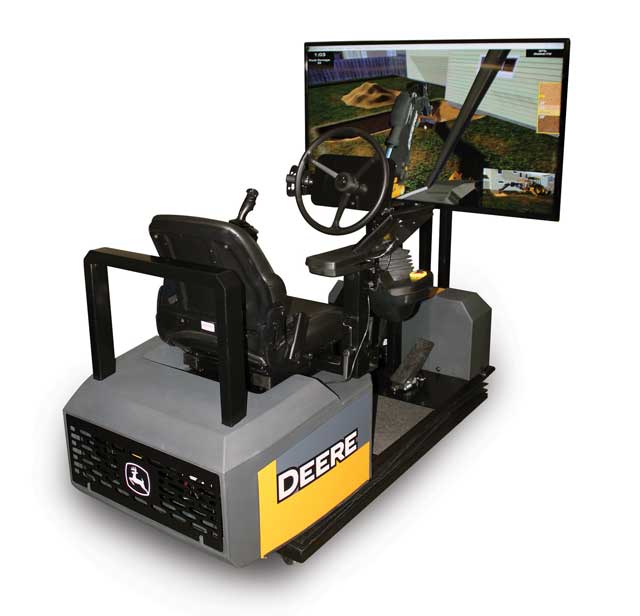 Putting rookie operators in the driver seats of heavy equipment is the last thing most contractors do. At risk are machines sometimes valued at hundreds of thousands of dollars as well as the safety of the operator. So, before they climb in cabs, novice operators climb into simulated cabs where mistakes are less costly and the dangers are make-believe.

Unveiled at CONEXPO-CON/AGG 2017 were some of the latest iterations of these simulators. They are designed with three purposes in mind: 1) train new operators, 2) acclimate experienced operators to new machines and 3) attract a new generation of employees to a world where heavy machines with booms and buckets move around on steel tracks and huge tires.

“We’ve had operator simulators for almost 20 years,” says Greg Wolfe, director of training at Ditch Witch. The first module was developed in the mid-1990s and weighed about 2,600 lbs. “It was a fine machine, but was not very mobile. We didn’t sell very many because of that, and it was not utilized like we wanted it to be. So about two years ago, we came up with the idea of making something a little more mobile.”

The result is a table-top module for the company’s horizontal directional drilling (HDD) equipment. The unit consists of a software program in a laptop connected to a pair of joysticks that in turn are linked to any TV monitor at least 30 in. wide. The person being trained sees a cluster of operator gauges on the screen of the laptop, manipulates controls using the joysticks and watches the virtual drill respond on the TV monitor. “The trainee actually feels like he is on the machine at a jobsite,” Wolfe says.

The simulator is integrated into the Ditch Witch certified training program, which is a 40-hour instructional regimen conducted over five days. The teaching begins with six sections of online instruction followed by a half day or so on the simulator to develop muscle memory and operational techniques, followed by auxiliary instruction. The training concludes with a day in the field on an HDD unit.

“It is about 30 percent classroom work because nobody likes to sit in a classroom for days on end,” Wolfe says. “With the simulator, new operators gain confidence before they ever get on real machines.”

Wolfe says Ditch Witch developed the simulator for its horizontal directional drilling products because “HDD is the most popular way of putting infrastructure in the ground today. There is a tremendous need for HDD operators across North America. The simulator is helping attract new people.” He adds that “at some point” a simulator will be introduced for Ditch Witch trenchers.

John Deere is spotlighting its second-generation simulators. They do not employ VR technology but are an upgrade from Deere’s predecessor construction equipment simulators introduced a decade ago. “We worked with our customers to develop our first simulators, did a needs analysis and came to the place where we are today,” says Jonathan Goodney, manager of learning technology for Deere Construction and Forestry. 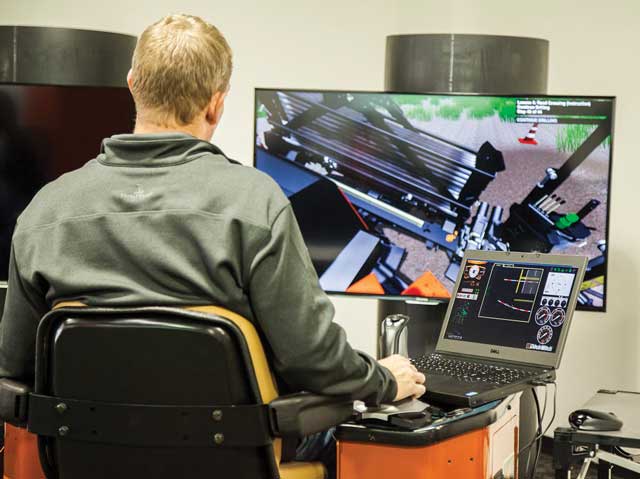 Dig Ditch Witch’s HDD simulator kit, which consists of a software program in a laptop connected to a pair of joysticks that in turn are linked to any TV monitor at least 30 in. wide.

Deere has developed simulators for six machines — five for construction (backhoe, crawler, motor grader, wheel loader and excavator) and one for forestry. “The excavator module is the most popular as our cabs and joystick controls are very similar from our compact excavators up to our largest excavators,” says Goodney. How about a skid steer simulator? Goodney says development of such a unit is not on “the immediate horizon.”

The Deere simulation programs familiarize a trainee with a machine and then guide the operator through several real-world tasks, each of which is mastered before moving on to the next one. The latest simulator hardware includes a motion platform that conveys the “feel” of a machine during operation so that, in the case of an excavator simulator, “if you start to tip, you can feel it,” says Goodney.

Goodney manages all of Deere’s web-based, video and simulator training modules. “I want to say that we have a lot of DVD and online training that complements even more than the simulator program,” he says. “For almost all of our machine types, including compact equipment, you can find them online at John Deere’s University [jdu.deere.com] and search for Operator Training. Before you get on a simulator, we highly recommend that you have a look through DVD offerings and our online courses.” In addition, some Deere Safety Tips YouTube training videos have attracted thousands of hits.

Modern simulators aren’t cheap, except in comparison to the machines they replicate. Deere construction equipment simulators fully equipped with 3-in. motion actuators and computer cost a buyer in the $27,000 to $37,000 range. The “table-top” HDD system at Ditch Witch runs about $8,000. Some Deere dealerships have the simulators set up for trailering to customers and group events. While Ditch Witch’s units are primarily for use in its certified operator program, they also can be purchased.

Komatsu is working on a strategy to distribute its new excavator VR simulator, says Craig Yager, Komatsu America’s manager for technical training. “Ideally, we will have distributors sell to customers or work out a rental or leasing arrangement. We are exploring the best path to getting this game-changing technology into our customers’ hands. There’s a possibility a small contractor could go to a distributor for lessons on the simulator.”
One way or another, the high-tech trainers are seen as the best way to attract millennials into the industry and to replenish the equipment operator pool that has grown shallow. The units are envisioned for triple use: as tools for testing new hires, as cost-effective training platforms — including in community college curriculums — and as a means of teaching old hands new tricks required to operate latest generation machinery.

“I still believe you can climb in a cab and learn to operate a piece of equipment the old-fashioned way,” Yager says. Except, he added, when you consider the cost of fuel, probable delay in completing a job, risk to a machine and safety of a novice operator. Never has simulation looked so good. 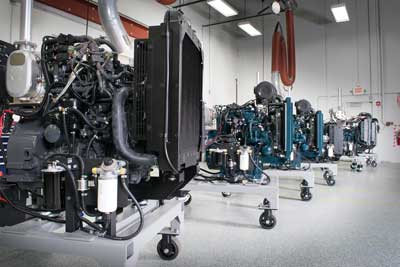