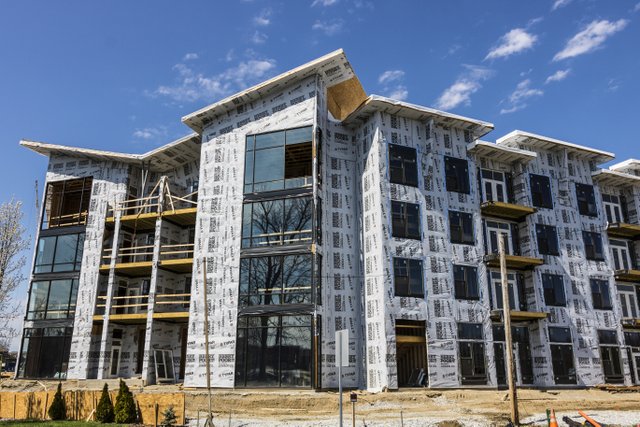 Confidence in the market for new multifamily housing weakened slightly in the third quarter, according to results from the Multifamily Market Survey (MMS) released by the National Association of Home Builders (NAHB). The MMS produces two separate indices. The Multifamily Production Index (MPI) fell seven points to 49 compared to the previous quarter. Meanwhile, the Multifamily Vacancy Index (MVI) remained even at 40, with lower numbers indicating fewer vacancies.

The MVI measures the multifamily housing industry’s perception of vacancies in existing apartments. It is a weighted average of current occupancy indexes for class A, B, and C multifamily units, and can vary from 0 to 100, where a number under 50 indicates more property managers believe vacancies are decreasing than increasing. With a reading of 40, the MVI remained unchanged from the previous quarter.

“The slight reduction in the MPI is to be expected as multifamily starts were relatively high in the second quarter,” said NAHB Chief Economist Robert Dietz. “The stability of the MVI is also consistent with the Census Bureau’s five-plus vacancy rate, which has moved very little in the last six months.”

Historically, the MPI and MVI have performed well as leading indicators of U.S. Census figures for multifamily starts and vacancy rates, providing information on likely movement in the Census figures one to three quarters in advance.

For data tables on the MPI and MVI, visit www.nahb.org/mms.