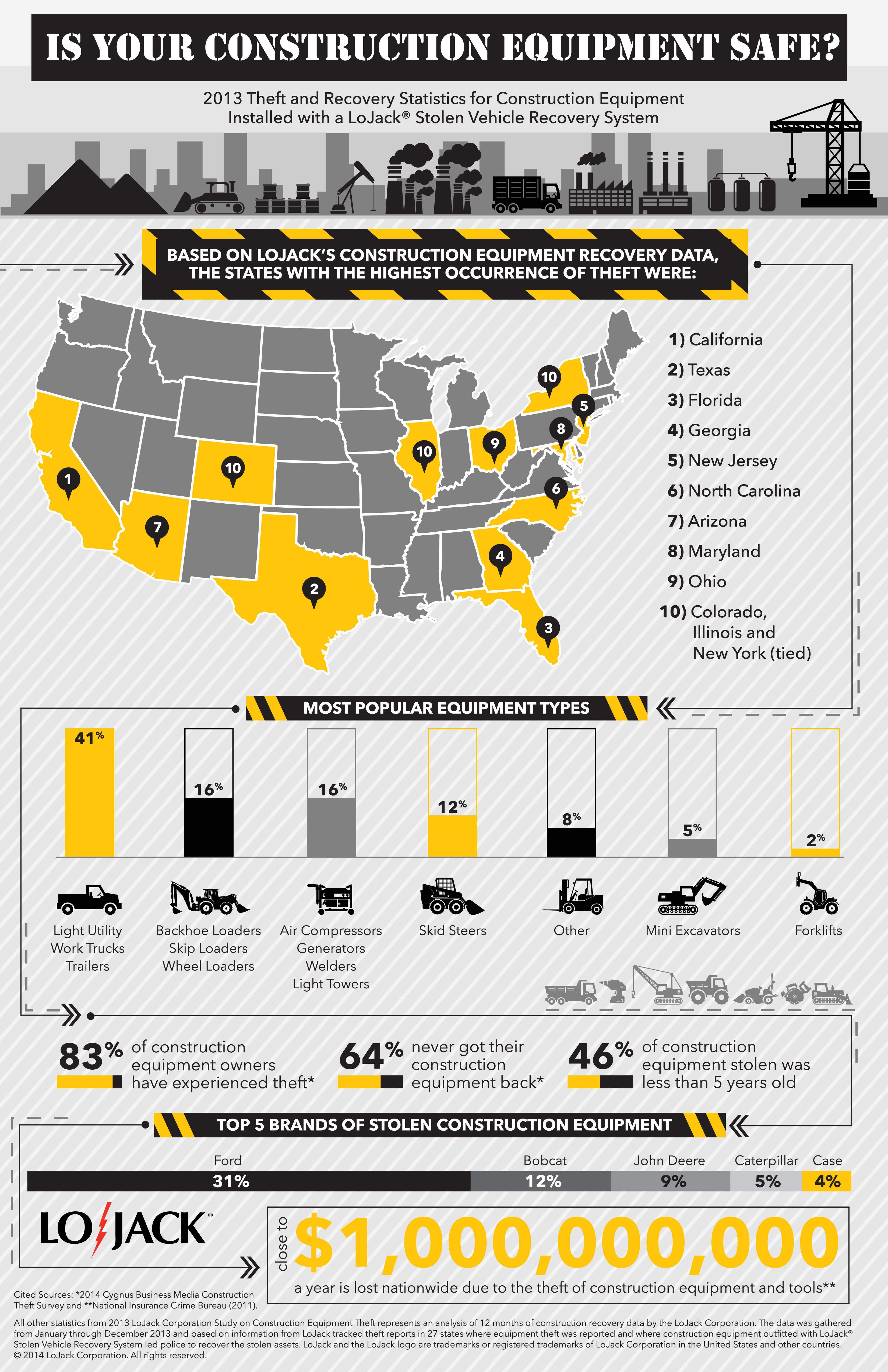 Many equipment owners and rental companies in the United States do not realize that equipment is also one of the biggest targets when it comes to theft. LoJack’s 2013 study revealed that:

“According to the National Insurance Crime Bureau, close to $1 billion a year nationwide is lost due to the theft of construction equipment and tools,” stated Courtney DeMilio, associate vice president of LoJack Commercial. “It has become harder to detect construction theft, and combined with the fact that job sites are often poorly secured, thieves are finding the theft of construction equipment is a lucrative opportunity. As a result, construction and rental businesses are vulnerable and at an increased risk for theft and significant monetary losses as a result of theft.”

Additional noteworthy findings from the study of stolen and recovered commercial vehicles equipped with a LoJack device in 2013 include:

States with the highest occurrence of equipment theft were:

Most popular types of stolen and recovered commercial equipment installed with a LoJack device in 2013:

In 2013, 61 percent of the thefts were from the following top manufacturers (note: there were thefts from a total of 51 different manufacturers):

“LoJack’s data reveals that 44 percent of equipment installed with our system was recovered in less than five hours after being reported stolen,” DeMilio said. “A swift recovery time of equipment is growing in importance, as modern economic conditions have led construction businesses to increasingly rent rather than purchase equipment. This rising demand for heavy duty rental equipment has made rental companies, and the businesses they supply, vulnerable for not only theft, but significant monetary losses as a result of theft. The LoJack System helps businesses protect themselves and minimize costly damages.”