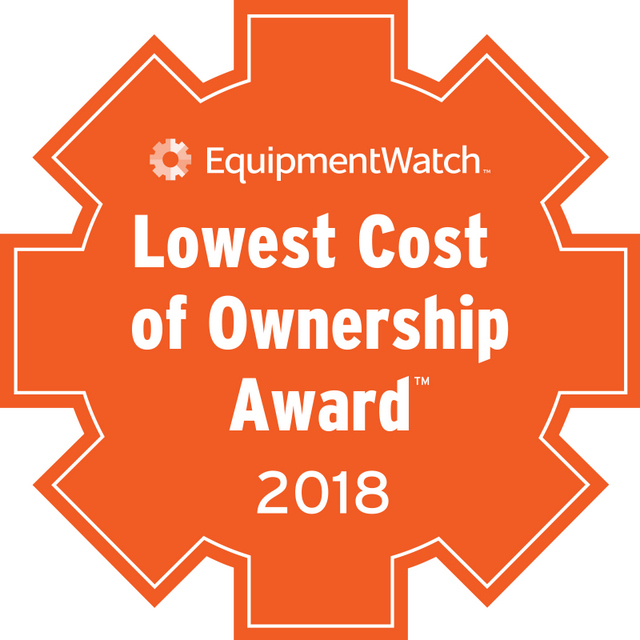 EquipmentWatch recently named the winners of the 2017-2018 Lowest Cost of Ownership Awards. The announcement was made during the awards ceremony held during EquipmentWatch’s 1st annual customer conference, Traction.

The winners represent the models, within their respective equipment types, with the lowest five year total cost of ownership and were identified using proprietary EquipmentWatch Ownership Cost data. The Lowest Cost of Ownership Awards are the latest installment in the EquipmentWatch Awards program, joining the Highest Retained Value Awards, a data-driven recognition of the best residual values in the industry.

Five-year total cost of ownership is calculated according to established Rental Rate Blue Book calculations and methodologies, leveraging EquipmentWatch’s industry-leading residual values and utilization benchmarking. These products provide detailed benchmarks and estimates spanning the economic life of over 17,000 models across the spectrum of heavy construction equipment.

Over 200 individuals attended Traction: The Data-Driven Heavy Equipment Conference in an intimate and fast-paced setting at Atlanta’s Loews Hotel. The conference hosts the largest gathering of thought leaders in the equipment industry, including equipment managers and contractors, OEMs, dealers, lenders and insurance carriers.