Equipment Leasing & Finance Foundation Financing Monthly Confidence Index for the Equipment Finance Industry by CE | on January 27, 2016 | 2 comments | in Business and Software | Like it 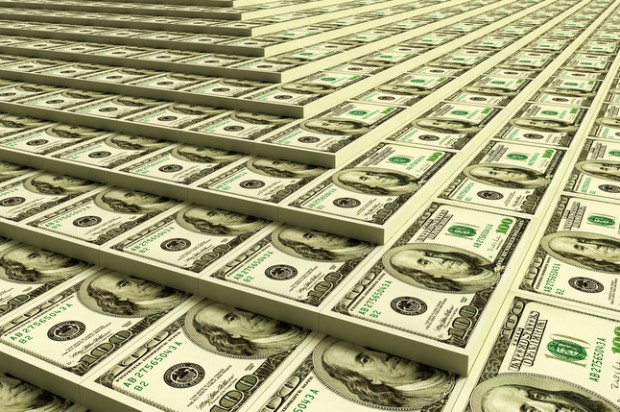 The Equipment Leasing & Finance Foundation (the Foundation) releases the January 2016 Monthly Confidence Index for the Equipment Finance Industry (MCI-EFI) today. Designed to collect leadership data, the index reports a qualitative assessment of both the prevailing business conditions and expectations for the future as reported by key executives from the $1 trillion equipment finance sector. Overall, confidence in the equipment finance market is 54.0, easing from the December index of 60.2.

When asked about the outlook for the future, MCI-EFI survey respondent Harry Kaplun, President, Specialty Finance, Frost Bank, said, “The equipment finance business is very industry diverse. This diversity allows directional changes to the current growth sectors while still maintaining a presence in less robust sectors. Being nimble and adaptive continue to be key skills for success.”

“Our year-end close was strong, but I worry—now that the new year has begun and China’s woes are affecting our stock market—just how this year will unfold. I still see small-business customers concerned about making non-essential equipment purchases and taking longer than normal to make decisions. The tax incentives that were reinstated and extended at the close of 2015 may help tip the scales in favor of investment.” Valerie Hayes Jester, President, Brandywine Capital Associates, Inc.

“December was the best month in booking new business, in excess of $500 million, since our company was established almost 26 years ago, and I am encouraged by this momentum and milestone.” William Besgen, Vice Chairman Board of Directors, Hitachi Capital America Corp.

“I believe there is a great deal of uncertainty in the near term. Rising interest rates, declining oil prices and the decelerating Chinese economy will create headwinds for capital investment in the U.S.” Thomas Jaschik, President, BB&T Equipment Finance

“SCF is optimistic as we see the gap continuing to widen between bank and non-bank lenders/lessors providing strong opportunity for growth in customers, assets and personnel.” Dave Fate, President and CEO, Stonebriar Commercial Finance, LLC

Confidence in the U.S. economy and the capital markets is a critical driver to the equipment finance industry. Throughout history, when confidence increases, consumers and businesses are more apt to acquire more consumer goods, equipment and durables, and invest at prevailing prices. When confidence decreases, spending and risk-taking tend to fall. Investors are said to be confident when the news about the future is good and stock prices are rising.

The respondents are comprised of a wide cross section of industry executives, including large-ticket, middle-market and small-ticket banks, independents and captive equipment finance companies. The MCI-EFI uses the same pool of 50 organization leaders to respond monthly to ensure the survey’s integrity. Since the same organizations provide the data from month to month, the results constitute a consistent barometer of the industry’s confidence.

Survey results are posted on the Foundation website, http://www.leasefoundation.org/research/mci/ , included in the Foundation Forecast newsletter and included in press releases. Survey respondent demographics and additional information about the MCI are also available at the link above.

For more coverage of the Equipment Leasing & Finance Foundation, click this link. We call it following the money trail.