D-Mar General Contracting and Development Florida general contractor LSG Sky Chefs by CE | on June 25, 2015 | 0 comments | in Business and Software | Like it 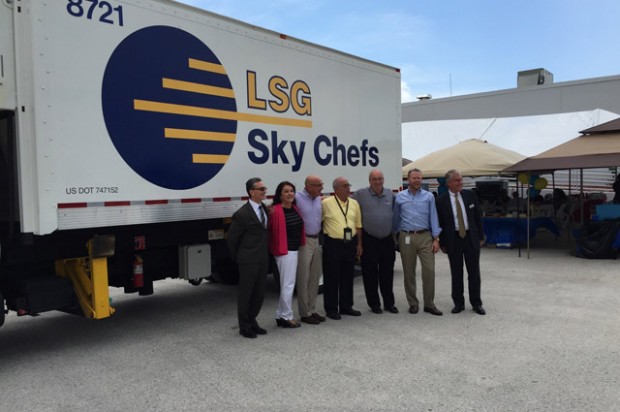 When LSG Sky Chefs  a leading provider of in‑flight catering services, sought to expand its kitchen facilities at Tampa International Airport (TPA), company executives awarded the construction project to D-Mar General Contracting and Development, Inc., of Tampa Bay, Florida. Doreen DiPolito, owner and president of D-Mar, lauds LSG Sky Chefs’ decision as a win both for the local economy and for women in construction, given her firm’s status as a locally-owned company and certified minority/women’s business enterprise.

To secure the construction bond required for the build-out, D-Mar partnered with the Morganti Group. “We’re honored that a global leader such as LSG Sky Chefs chose D-Mar for this key project, and we’re grateful to Morganti for helping us to acquire the necessary bonding,” said DiPolito. She notes that bonding requirements have hindered many small contractors—including women and minorities—from being able to compete for high-profile construction jobs. “In a sense, bonding has created a ‘glass ceiling’ within the construction and contracting industry. You can’t secure bonding unless you run a large, highly-profitable business, but it’s difficult to build a successful business if you’re not able to obtain construction bonds. The system favors major players over smaller business enterprises, so developers often end up awarding contracts to large, out-of-state firms by default.”

DiPolito calls for developers and builders to hire local workers and businesses whenever possible, and she advocates for the expansion of programs that support local job growth and create opportunities for minorities and women in construction. She cites the beneficial impact of initiatives such as the City of St. Petersburg’s Construction Incentive Program, (1) which provides financial inducements for hiring local workers and disadvantaged individuals, and a Boston city ordinance that requires construction companies to adhere to work-hour ratio targets, with at least 50% of work going to area residents, 25% to minorities, and 10% to women. (2)

Keeping construction jobs in-state benefits the local economy in numerous ways. Not only does it increase the disposable income of the area’s skilled workers, but local business owners funnel additional money into the community through real estate taxes, business taxes, subcontractor work, insurance and charitable giving, as well as large-ticket purchases such as vehicles and equipment, per DiPolito.

“Builders and developers also stand to benefit from hiring local businesses and employees. By demonstrating a commitment to and investment in the local community, they can increase economic stability in their own backyard. their own backyard al health of their immediat ge as well. Something along the lins coast consultants -do attitude. And by providing steady work for area residents, they are nurturing the talent required to support future projects,” she explained.

As the construction industry continues to rebound from its previous downturn, the recent surge of building projects has left many companies with an increased opportunity to hire skilled labor. According to the latest construction economics report, (3) spending for nonresidential buildings is projected to increase at least 15% between 2014 and 2015, representing the best growth since 2007. From January, 2014 through March, 2015, the construction industry averaged over 27,000 new jobs per month, which marks the third-fastest rate ever recorded. (3) At the same time, the construction sector currently has an estimated 166,000 unfilled positions. (3)

According to DiPolito, creating jobs for local workers and expanding opportunities for minorities and women in construction can help to employ and train skilled laborers in any given market.

As a licensed and certified Florida general contractor with minority/woman-owned business certification, she is committed to supporting minorities and women in construction. Under her leadership, D-Mar has completed many successful residential and commercial building projects throughout Florida. In addition to the LSG Sky Chefs kitchen build-out at TPA, the company’s portfolio includes several Florida charter schools, as well as national franchises such as Dunkin’ Brands, Burger King, Quiznos and Circle K. DiPolito also led a Hess reconversion that kicked off a major rebranding project under Marathon’s Speedway, which selected D-Mar as the company’s legacy contractor.

For more info on D-Mar General Contracting, visit its website right over here.