Case Construction Equipment Century Equipment Team Rubicon by CE Staff | on October 8, 2019 | 0 comments | in Business and Software | Like it 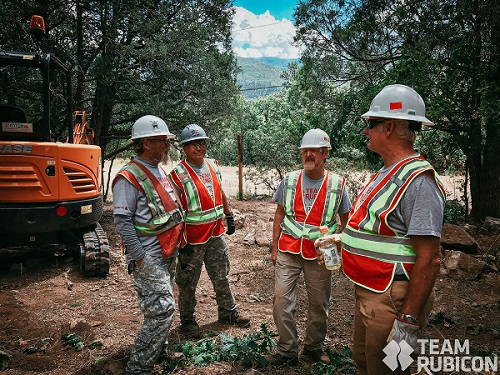 The Team Rubicon effort, which saw the CASE equipment move debris, including large rocks, earth and parts of 66 trees, was in response to heavy flooding and landslides in 2018 following the 416 wildfire that burned 55,000 acres in southwest Colorado.

“Having the heavy equipment from Centrury Equipment made the heavy lifting of this operation possible,” said Nathan Deneault of Team Rubicon. “Given the environmental impacts of the 2018 wildfires and flooding, it was important to get debris cleared and make a positive impact on the homes that were effected.”

Century Equipment’s donation directly led to more than $40,000 of work being conducted over the three-day effort. In total, 39 Team Rubicon members contributed to the effort. The CASE TV380 and CX26C were used to move significant amounts of debris in tight areas that would have been impossible to clear by hand due to significant ground compaction.