75 Percent of Construction Firms Plan to Expand Headcounts in 2018, According to AGC

Seventy-five percent of construction firms plan to expand their payrolls in 2018 as contractors are optimistic that economic conditions will remain strong as tax rates and regulatory burdens fall, according to survey results released by the Associated General Contractors of America and Sage Construction and Real Estate. Despite the general optimism outlined in Expecting Growth to Continue: The 2018 Construction Industry Hiring and Business Outlook, many firms report they remain worried about workforce shortages and infrastructure funding.

“Construction firms appear to be very optimistic about 2018 as they expect demand for all types of construction services to continue to expand,” said Stephen E. Sandherr, the association’s chief executive officer. “This optimism is likely based on current economic conditions, an increasingly business-friendly regulatory environment and expectations the Trump administration will boost infrastructure investments.”

Association officials noted that 75 percent of firms say they will increase their headcount in 2018, up slightly from 73 percent last year. Most of the hiring will only expand headcounts by a slight percentage per firm, however. Half of firms report their expansion plans will only increase the size of their firm by 10 percent or less. Meanwhile, only five percent of firms report plans to expand their headcount by more than 25 percent above their current size. Only three percent of respondents expect to reduce headcount, down from six percent last year.

Association officials noted that firms in many parts of the country are already adding to their headcounts. According to a new analysis of Labor Department data the association is releasing today, construction employment increased in 255 out of 359 metro areas between November 2016 and November 2017. Among the fastest growing metro areas are Riverside-San Bernardino-Ontario, California; New York City and Cheyenne, Wyoming. Click here for the metro employment figures.

Even as firms expand headcount, an overwhelming majority — 82 percent — of firms expect it will either become harder, or remain difficult to recruit and hire qualified workers in 2018, up from 76 percent last year. In addition, 78 percent of firms report they are currently having a hard time finding qualified workers to hire, up from 73 percent at the start of last year. 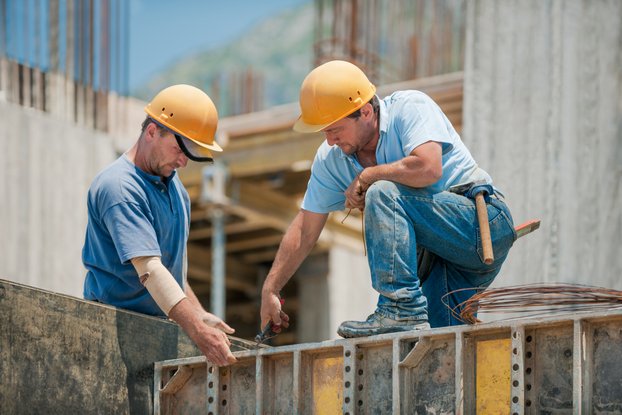 Firms continue to take steps to address these growing workforce shortages. Sixty percent of firms report they have increased base pay rates, up from 52 percent last year. Thirty-six percent have provided incentives and/or bonuses, up from 35 percent last year. Twenty-four percent have increased contributions and/or improved employee benefits to cope with workforce shortages. Meanwhile, 56 percent of firms report they plan to increase investments in training and development, up from 52 percent at the start of 2017.

“While workforce issues remain their top concern, many contractors are also worried about competition and the impact of decisions made in Washington on their operations,” said Ken Simonson, the association’s chief economist. He noted that 39 percent of firms said increased competition for projects was one of their biggest concerns for the year. Meanwhile, 28 percent of firms listed growth in federal regulations as one of their top concerns and 24 percent said one of their concerns was a lack of new infrastructure investments.

“Increased competition for projects is driving contractors to advance their use of not only building information modeling, but cloud technologies,” said Jon Witty, vice president and general manager for Sage Construction and Real Estate, North America. “This is particularly evident in the use of cloud-based mobile solutions on the job sites, where contractors are using mobile software for daily field reports, field access to customer and job information, employee time tracking and approval and the sharing of drawings, photos and documents.”

Association officials noted that contractors’ overall optimism for 2018 is likely based on two key assumptions: that tax cuts will lead to stronger demand and that the Trump administration will finally deliver on its promise to boost investments in infrastructure. They said that the best thing Washington officials can do to make sure that federal tax cuts deliver on their potential is to continue rolling back needless regulatory burdens.

“The administration must also deliver on its promise to boost investments in infrastructure,” Sandherr said, noting the association has already been working aggressively to push for new investments. “And Congress and the Trump administration need to take steps to address chronic workforce shortages by passing a new Perkins Act and making it easier for local officials to set up construction-focused career and technical education programs.” 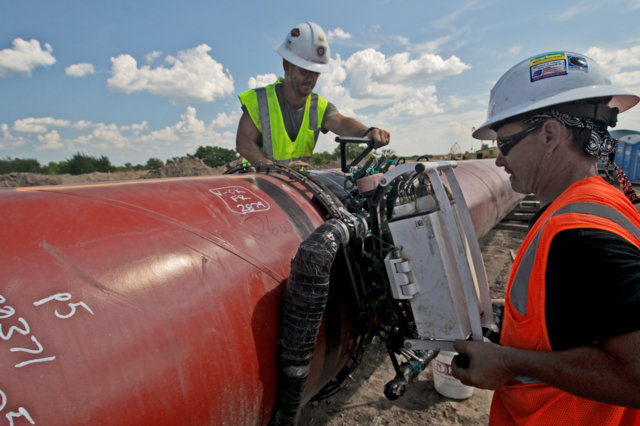 Sandherr added that the association would continue to lead efforts to encourage new federal, state and local measures to rebuild the pipeline for recruiting and preparing the next generation of construction professionals. And the association would also remain committed to working with administration officials to help identify regulations that can be improved and others that can be removed.

“In other words, as long as federal officials continue to work to boost infrastructure investments, reduce regulations and support workforce development, 2018 will be a strong year for the construction industry,” Sandherr said.

The Outlook was based on survey results from over 1,000 firms from 49 states and the District of Columbia. Varying numbers responded to each question. Contractors of every size answered over 20 questions about their hiring, workforce, business and information technology plans. Click here for Expecting Growth to Continue: The 2018 Construction Hiring and Business Outlook report. Click here for the survey results.

For great info from AGC, click this link. We can’t imagine anything more important.