Pro-Tech Manufacturing and Distribution is sponsoring a new documentary titled “Project Sno Fighter,” which will highlight the lives and jobs of snow removal contractors. Filming is scheduled to take place through March 2011, and the documentary will debut at the Snow and Ice Management Association (SIMA) Symposium held this year in Schaumburg, Ill. 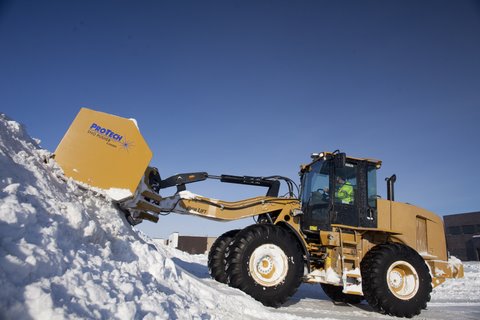 “Project Sno Fighter” will feature five snow removal contactors located throughout the U.S. and Canada. “We want to show what happens behind the scenes, as well as the long, hard hours of battling a winter storm,” said Mike Holihan, director of marketing for Pro-Tech. “The film is intended to pay homage to all contractors, both large and small, who often go unnoticed and underappreciated.”

Participants selected for the documentary include Kyle Stevens of Stonewood and Waters Landscape Craftsmen in Rush, N.Y.; Mike Merrill of North Country Snow and Ice Management in Glens Falls, N.Y.; Collin Corso of Terra Lawns Landscaping in Newburyport, Mass.; Nicholas Staloch of Smithco Inc in Fargo, N.D.; and Paul Vanderzon of Amengagements Paysagers Vanderzon Inc in St. Bruno, Quebec. To participate in the film, the contractors underwent an application process and were carefully chosen based on their abilities to depict a diverse and accurate picture of the snow and ice management industry.

All attendees of the SIMA Symposium are invited to attend the documentary’s debut, which will take place at the welcoming reception on Wednesday, June 22nd, 2011, from 8 to 10 p.m. Following the Symposium, the documentary will be available for viewing on Pro-Tech’s website at www.protechcorp.com.