This summer President Obama has presided over the first big movements in his fuel revolution. He announced two big sets of standards for both the consumer and commercial vehicle industry, aimed at making our cars and trucks more fuel efficient. In July, he announced new standards for cars and light trucks (Model Years 2017-2025), requiring vehicles to have a performance equivalent to 54.5 mpg by 2025 while reducing greenhouse gas emissions to 163 grams per mile. 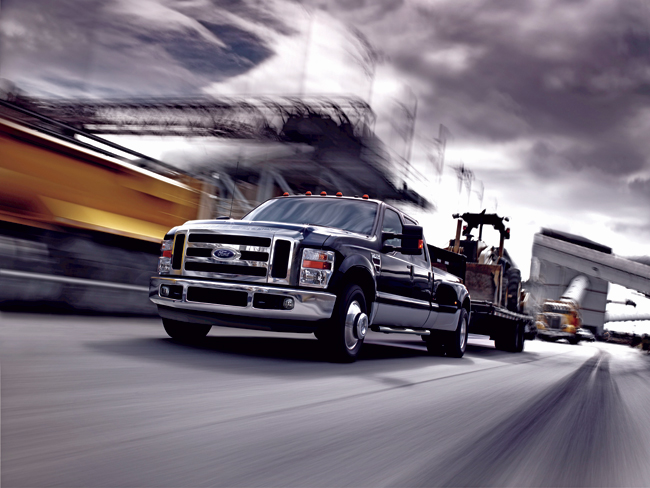 In August, Obama followed up that initiative. He announced he was meeting with industry officials to discuss the first-of-their-kind fuel efficiency and greenhouse gas pollution standards for work trucks, buses and other heavy-duty vehicles. He thanked industry moguls for their leadership in finalizing a successful national program for these heavy-duty vehicles. That meeting marked the administration’s announcement of the standards, which is targeted at saving American businesses that operate and own these commercial vehicles approximately $50 billion in fuel costs over the life of the program.

“While we were working to improve the efficiency of cars and light-duty trucks, something interesting happened,” said President Obama. “We started getting letters asking that we do the same for medium- and heavy-duty trucks. They were from the people who build, buy and drive these trucks. And today, I’m proud to have the support of these companies as we announce the first-ever national policy to increase fuel efficiency and decrease greenhouse gas pollution from medium- and heavy-duty trucks.”

The U.S. Department of Transportation (DOT) and the U.S. Environmental Protection Agency (EPA) developed the standards in close coordination with the companies that met with the President, as well as other stakeholders, following requests from companies to develop this program. The cost savings for American businesses (says the White House) are on top of the $1.7 trillion that American families will save at the pump from the standards announced by the Obama Administration for cars and light-duty trucks.

“Thanks to the Obama Administration, for the first time in our history we have a common goal for increasing the fuel efficiency of the trucks that deliver our products, the vehicles we use at work and the buses our children ride to school,” said DOT Secretary Ray LaHood. “These new standards will reduce fuel costs for businesses, encourage innovation in the manufacturing sector and promote energy independence for America.”

Under the comprehensive new national program, trucks and buses built in 2014 through 2018 will reduce oil consumption by a projected 530 million barrels and greenhouse gas (GHG) pollution by approximately 270 million metric tons. Like the administration’s car standards, this program — which relies heavily on off-the-shelf technologies — was developed in coordination with truck and engine manufacturers, fleet owners, the State of California, environmental groups and other stakeholders. So as opposed to government-imposed emission regulations, which many big commercial truck manufacturers like Navistar often complain about, truck makers are right behind the President on this agenda.

“Navistar commends the Environmental Protection Agency and the National Highway Traffic Safety Administration for developing one single, national standard for GHG and fuel efficiency for medium- and heavy-duty engines and trucks,” said Daniel C. Ustian, Navistar chairman, president and CEO in a recent statement. “As a fuel-efficiency leader, Navistar is always focused on delivering value to our customers, and we currently have plans in place to continue to support this competitive position by delivering integrated truck and engine technology solutions that achieve maximum fuel economy for our customers. We feel this customer-focused approach aligns Navistar with the intent of the new proposed GHG rule.”

The joint DOT/EPA program will include a range of targets which are specific to the diverse vehicle types and purposes. Vehicles are divided into three major categories: combination tractors (semi-trucks); heavy-duty pickup trucks and vans; and vocational vehicles (like transit buses and refuse trucks). Within each of those categories, even more specific targets are laid out based on the design and purpose of the vehicle. This flexible structure allows serious fuel efficiency improvement goals charted for each year and for each vehicle category and type.

The standards are expected to yield an estimated $50 billion in net benefits over the life of model year 2014 to 2018 vehicles, and to result in significant long-terms savings for vehicle owners and operators. A semi-truck operator could pay for the technology upgrades in under a year and realize net savings of $73,000 through reduced fuel costs over the truck’s useful life. These cost-saving standards will also reduce emissions of harmful air pollutants like particulate matter, which can lead to asthma, heart attacks and premature death.