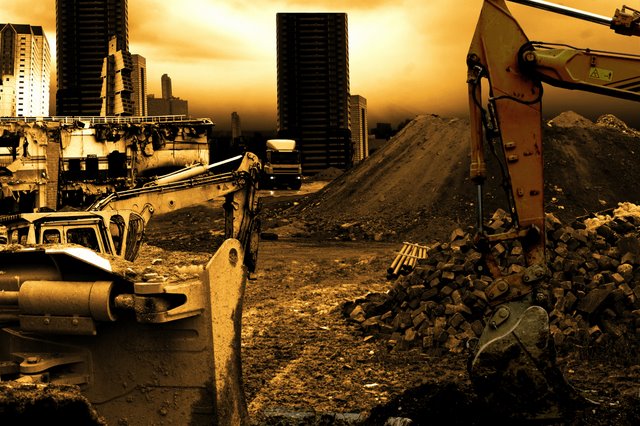 Five of the 16 nonresidential construction sectors still managed to post increases for the month including: conservation and development, up 5.5 percent; public safety, up 4.4 percent; water supply construction, up 2.3 percent; and transportation, up 1.2 percent. Six subsectors were higher from the same time last year including: water supply, up 18 percent; conservation and development, up 14.6 percent; highway and street, up 11.3 percent; transportation, up 8.2 percent; and power, up 5.2 percent.

Analysis
“One could simply disregard January’s construction performance as a reflection of meteorological rather than economic phenomena,” said Associated Builders and Contractors chief economist Anirban Basu. “It was cold and snowy, and it is likely that weather played a role in suppressing overall activity. Further, the construction employment data from January, released early last month, also appear to support this notion.

“While the nation’s bad weather explains part of the situation, it’s clear that economics was also at play,” said Basu. “Remarkably, total construction spending in America would have expanded in January relative to December had it not been for a sharp decline in energy-related construction. Spending on construction related to this sector fell from $94 billion on a seasonally adjusted annualized basis to $84 billion. That more than offset the gain of $4 billion in spending in the overall U.S. construction sector.

“In the final analysis, the January construction spending data supports the notion that the recovery in nonresidential construction has not yet begun,” said Basu. “It is possible that weather has merely delayed this process and that broader economic fundamentals will eventually shine through in the spring. Unfortunately, it is also possible that the economic fundamentals do not yet support recovery in the nation’s construction industry, and that the cold temperatures of January were merely incidental.” 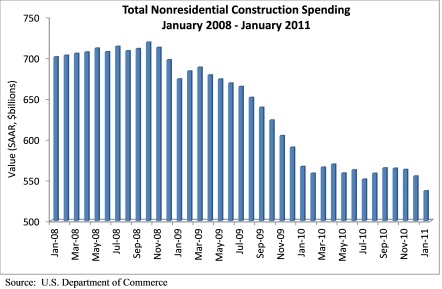