Good government needs specific direction. Giving money and power to our leaders sometimes feels like giving whiskey and car keys to teenage boys. Democracy doesn’t work real well unless you decide to help work it. And since knowledge governs ignorance, here are three important pieces of legislation and funding that you and your congressional leaders should use to help drive the country and economy. From diesel engine emissions to housing funding, these ideas can empower the construction and landscape industry.

Emissions from diesel construction equipment will be significantly reduced at major highway projects in the most polluted areas, thanks to the Clean Construction Act of 2011 introduced in October by Rep. Richard Hanna (R-N.Y.) and Rep. Donna Edwards (D-Md.). 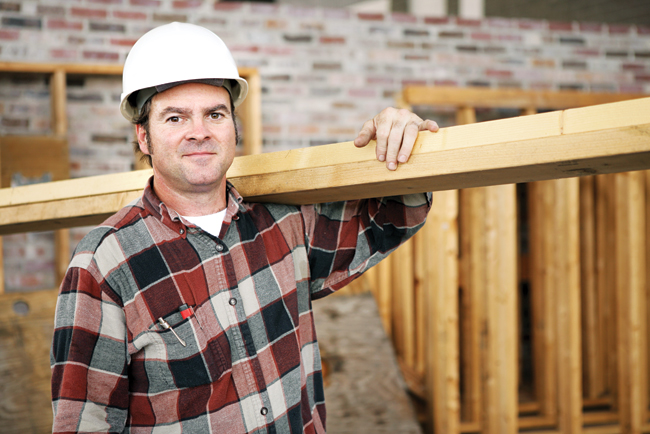 The Associated General Contractors of America (AGC) and the non-profit Clean Air Task Force (CATF) signaled their strong support for the bipartisan legislation that would provide state transportation officials the authority and funding to incorporate the use of clean construction equipment on federally-funded transportation projects in PM2.5 Nonattainment and Maintenance areas.

“On behalf of the Associated General Contractors and the Clean Air Task Force, we thank Reps. Hanna and Edwards for their strong leadership, commitment and vision in ensuring that the air we breathe and the projects we build are simultaneously strong and healthy for the communities in which they are built,” said Conrad Schneider, advocacy director of the Clean Air Task Force. “This legislation provides a targeted approach to reducing emissions from construction machines that will be used in the areas of the country that are struggling to meet federal air quality standards. We are thrilled to be standing side-by-side with the contractors in support of the Clean Construction Act of 2011,” concluded Schneider.

“This proposal will help safeguard construction jobs and rebuild our aging network of highways and bridges while protecting the environment,” said Stephen E. Sandherr, CEO of the Associated General Contractors of America. “It reflects an appreciation of the fact that how we build infrastructure is often as important as where we build it.”

Diesel engines are the workhorse of our economy; diesel powers nearly all of the heavy-duty vehicles and equipment that are required to build and repair our roads, bridges, hospitals and schools. Emissions from older equipment can be reduced by up to 85 percent with the installation of cost-effective technology, and newly manufactured diesel-powered vehicles and equipment are becoming cleaner every day. While new diesel engines will include innovative clean diesel technology that achieves near zero particulate matter emissions, fleet turnover of equipment without that modern technology will take many years.

While the nation may have added 103,000 new jobs in September, the employment report showed relative weakness, particularly as it relates to the residential construction sector, which remains far below its job-creation potential in the absence of policies to restore the health of the housing marketplace, according to the National Association of Home Builders (NAHB).

“We are seeing now what an economic recovery looks like without housing, and the picture is hardly encouraging,” said NAHB chairman Bob Nielsen, a home builder from Reno, Nev. “We need to address anti-housing impediments to home builders creating jobs in countless communities across the land.”
The inventory of new homes for sale is at a record low, and there are many areas of the country that are approaching a housing shortage. Tight credit conditions are preventing builders from meeting this emerging demand, putting workers back on the job and helping the economy move forward. Further exacerbating the situation is today’s pervasive anti-housing climate in Washington, said Nielsen.

“Leaders in Washington must stop scaring consumers by talking about eliminating the mortgage interest deduction, ending a federal backstop for housing and calling for a minimum 20 percent down payment on home loans,” said Nielsen. “This is counterproductive and harms consumer confidence, the housing market and the nation’s economy.”

Housing normally accounts for more than 17 percent of Gross Domestic Product and building 100 single-family homes creates 305 full-time jobs and $8.9 million in taxes and revenue for state, local and federal governments. “Getting housing back on its feet would be a shot in the arm for consumer confidence, boost job growth and lead to a long-lasting economic recovery,” said Nielsen.

To advance the cause of regulatory reform and inject some accountability on the part of lawmakers, several lawmakers have been clamoring for new requirements for Congressional action on the rules that impact American businesses the most.

While plenty of lawmakers talked a big game about regulatory reform, Rep. Geoff Davis (R-Ky.) actually walked the walk by introducing the Regulations from the Executive In Need of Scrutiny (REINS) Act (HR 10) earlier this year. The legislation would require an up-or-down vote on every new “major” federal rule (costing $100 million or more annually), thereby providing considerable relief from regulatory red tape thrown at them by federal agencies.

The National Utility Contractors Association (NUCA) thanked Rep. Davis for introducing the bill in a letter of support for the REINS Act last summer. NUCA recognizes the need for reasonable federal oversight and common-sense regulation, but arbitrary regulations that lack the backing of sound science are more than overly burdensome. Implementation and compliance costs often serve as another “nail in the coffin” of American companies struggling to stay afloat. NUCA commended Rep. Davis for the REINS Act, which would “ensure that federal agencies no longer have the authority to promulgate major rules without Congressional ratification, and that Members of Congress would no longer be able to avoid accountability for major regulatory measures.”

NUCA continues to support and work toward the passage of the REINS Act, which enjoys 174 House cosponsors, while 28 senators have cosponsored their support for the Senate measure, introduced by Sen. Rand Paul (R-Ky.). Moreover, Republicans are using this support to push new legislation.

Most recently, the Transparency in Regulatory Analysis of Impacts on the Nation (TRAIN) Act of 2011 (HR 2401) would require the establishment of a new commission to analyze and report on the cumulative and incremental impacts of EPA rules and enforcement actions related to air, waste, water and climate change (like the engine emissions regulations mentioned on the previous page). Rep. John Sullivan (R-Okla.), author of the bill, said “the TRAIN Act will force the EPA and other federal agencies to conduct an in-depth economic analysis of several of their rules and regulations so Congress and the American people can fully understand how the EPA’s regulatory ‘train wreck’ — as I and many others are calling it — will impact our economy.”

Rep. Sullivan said the TRAIN Act would ask “simple questions that should be asked of any expensive regulation” related to their impacts on the ability of American businesses to compete in the global marketplace, effects on energy costs and on job losses and power plant closures across the country.