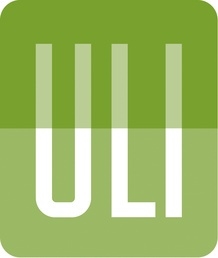 Wedged for years between the development activity occurring in downtown cores and outlying suburbs, first-tier neighborhoods are emerging in the post-recession era as magnets for urban growth, according to Urban Land Institute (ULI) CEO Patrick L. Phillips.

Phillips spoke today on changing urban growth patterns during a keynote presentation, “Real Estate’s Next Great Frontier,” at the National Association of Real Estate Editors’ annual conference, held this year in San Antonio. The appeal of close-in neighborhoods, Phillips said, is rising due to their proximity to major employment centers and to transit options — unlike outer-rim “exurbs,” many of which are experiencing a high volume of foreclosures resulting from the housing market collapse.

As urban areas have become more congested, the convenient location of first-tier suburbs is increasingly appealing to consumers seeking to rent as well as buy, Phillips noted.

“The disconnect between housing and jobs is evident in long daily commutes, time wasted in traffic and an overall lower quality of life. This is not a sustainable urban growth model,” he said. “The design and development of urban areas will be radically different in the decades ahead. We are seeing a push to make our cities more livable and sustainable with infill development that conserves both energy and land. That is the trend for the 21st century.”

The characteristics, behavior and lifestyles of the two largest age groups in the U.S. — baby boomers and echo boomers — will be hugely influential in redefining living and working environments for the decades ahead, he predicted.

1. Aging baby boomers — The first wave of baby boomers is hitting 65. In general, boomers are healthier and more active than their parents. Many will shun retirement and stay in the workforce. Many, if healthy now, could still be alive in 40 years.
2. Echo boomers or Generation Y — The children of baby boomers are starting to enter the housing market and workforce. They are technology savvy; they are drawn to places to gather and socialize; they will give up spacious living for convenience.

Numerous studies, including ULI’s 2010 publication Housing in America, show a desire by both baby boomers and Generation Y to live in more pedestrian-friendly, transit-oriented, mixed-use environments that de-emphasize auto dependency. This preference is not limited to downtowns; it is increasingly apparent in suburban development, Phillips said.

“We’ve learned that there is a market for compact, mixed-use design, smaller housing space, and development that minimizes the need to drive. The demand for this has stretched beyond downtown cores and into the suburbs, and first-tier suburbs are the best positioned to accommodate this type of development.”

Other factors that are reshaping design and development:

1. Increased urbanization — More people now live in urban areas than rural ones.
2. Population growth — The U.S. is expected to add an additional 150 million people over the next 40 years.
3. A growing number of smaller households — For the long term, household size will shrink steadily, due to more people living alone, delaying marriage and childbirth, and having fewer children. (The recession has caused a bump up in multi-generation households, but this is not expected to be a long-term trend.)
4. A shortage of rental apartments. Demand for rentals is being fueled by consumers who lost their homes to foreclosure; would-be buyers who soured on homeownership and have opted to keep renting; and entry-level workers entering the housing market.
5. Rising energy prices and an increasing number of public mandates to reduce carbon emissions.