In the deepest downturn in nearly two years, investment in nonresidential structures — the construction of new buildings — dropped 21.7 percent in the first quarter of this year following a 7.6 percent increase in the fourth quarter of last year, according to the April 28 Gross Domestic Product (GDP) report by the Department of Commerce. In contrast, nonresidential fixed investment — the purchase of existing buildings — increased 1.8 percent following a revised 7.7 percent increase in the previous quarter. Fixed investment in nonresidential equipment and software climbed 11.6 percent last quarter representing the eighth straight quarterly increase.

Residential fixed investment fell 4.1 percent last quarter after posting a 3.3 percent increase in the fourth quarter. Exports increased by 4.9 percent in the first quarter as exports of goods were up 7.8 percent and exports in services decreased 1.7 percent. Imports were up 4.4 percent for the quarter as imports of goods increased 5.9 percent and imports of services decreased 2.7 percent. 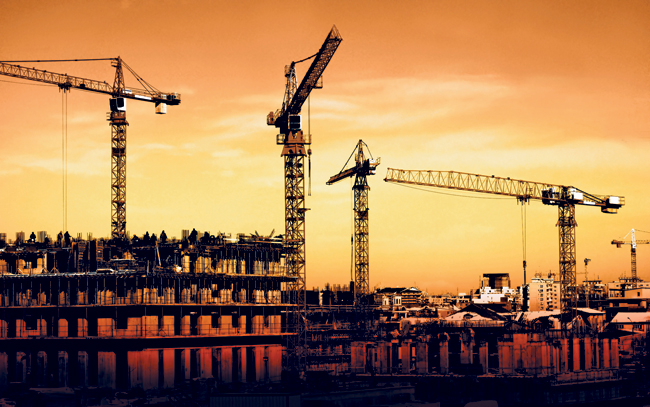 “Today’s GDP report has shown that the first quarter of this year was a particularly bad one for commercial and industrial construction contractors,” said Associated Builders and Contractors chief economist Anirban Basu. “The steep drop in construction activity is a reflection of not just the sluggish economy, but also a number of other factors.

“Many believe part of the decline can be explained by the harsh winter weather and other seasonal circumstances. The question is whether the decline is also a meaningful reflection of economic forces as opposed to meteorological ones,” said Basu. “It is suspected that economics were at work as some construction projects may have been delayed or cancelled because of rising materials prices. With lending standards still disciplined and investor confidence still shaky, rising material prices may have been enough to forestall the presently anticipated recovery in nonresidential investment in structures.

“The economy remains vulnerable to further commodity price increases, which would also be likely to be associated with a falling U.S. dollar and possibly rising long-term interest rates,” said Basu. “For the nation’s still recovery-resistant nonresidential construction sector, that represents an unattractive scenario.
“Fortunately, it is perfectly possible that oil and other commodity prices will begin to moderate, setting the stage for a re-acceleration in broader economic recovery. The hope is that materials prices will become better behaved, allowing projects that have been postponed or which have yet to be financed to move ahead,” Basu said.