With November mid-term elections bearing down on our elected officials, Congressmen and women are making the rounds and pressing the flesh on their campaign trails. U.S. Representative David Reichert recently visited the Terex AWP Redmond, Wash., campus to get acquainted with Genie and Terex products and how they are used. It also gave Terex a chance to encourage him to support legislation that would benefit both the business and construction industry. 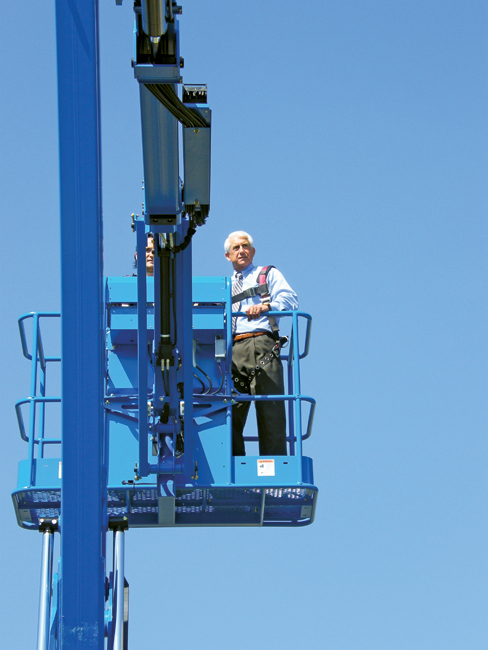 Joe Krider, Terex vice president of strategic accounts and government affairs, discussed several issues, including tax credit parity for technology such as the Terex HyPower hybrid system, the importance of trade agreements and tariff reductions and the critical need for comprehensive long-term infrastructure planning and investment for America. The Congressman agreed with the need for developing an overall Infrastructure vision, as well as the need for improved trade agreements to encourage domestic manufacturing and exports.

“We shared a compelling message and came away with verbal support from Congressman Reichert for issues that are important for us and our customers,” said Rusty Pugh, government sales manager, who arranged the visit. “I’m quite proud of our collaborative effort. We hope to continue the relationship with  Congressman Reichert and plan to discuss topics such as foreign trade in the future.”

After the presentations, the Congressman stepped out on to the plant mezzanine where he was given a plant overview by Operations Director Neal Nowick. Reichert said he was impressed with the lean manufacturing system and found that the Terex value of “servant leadership” resonated with him.