In a year where expectations are low, we’re so very pleased that the forecast for this year’s bauma is looking quite high. Bauma is the largest trade show in the world in size, and the biggest in attendance in the equipment industry, held in Munich, Germany, every three years.

This year’s bauma is the 29th International Trade Fair for Construction Machinery, Building Material Machines, Mining Machines, Construction Vehicles and Construction Equipment, and it’s hoping to set a new record in the number of exhibitors. A total of 3,150 exhibitors from 53 countries are currently setting up their stands and exhibits on 555,000 sq m of exhibition space. 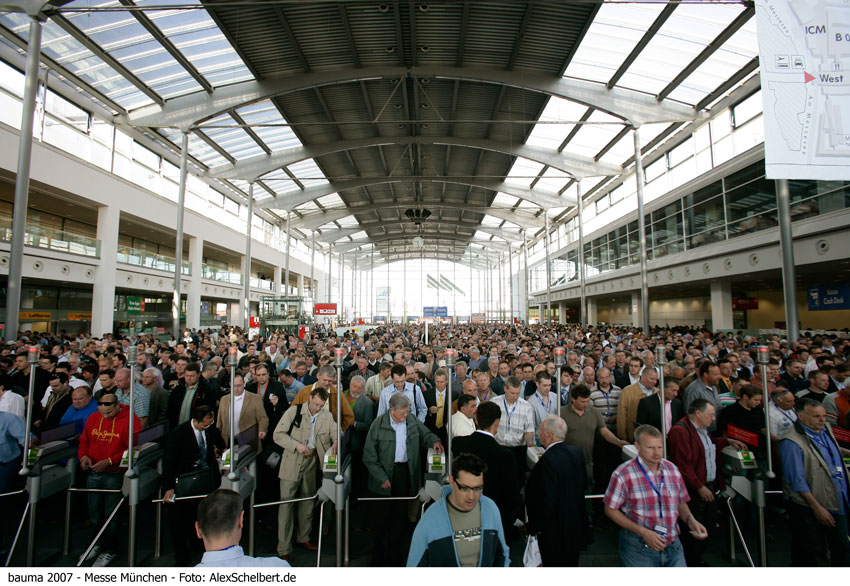 When bauma was last held in 2007, it was a record-breaking event in the fair’s more than 50-year history: It had 540,000 sq m of exhibition space that was booked to capacity and a total of 3,002 exhibitors from 49 countries. As a result, the final statistics for bauma 2010 will include four more exhibitor countries and 148 more exhibitors than the last time that the fair was held.

The fact that companies were extremely interested in participating in the world’s leading trade fair for the construction-machinery industry was already noticeable in March of 2009, the official application deadline for the fair. Even then, Messe München, bauma’s organizer, had already responded to high demand by expanding the amount of space at the outdoor exhibition site and building two temporary halls.

“The number of inquiries that we received from Asian markets and from Turkey, but also from India, our bauma 2010 Partner Country, was higher than ever,” said Klaus Dittrich, chairman/CEO of Messe München. “As a result, bauma reflects global economic developments in the industry during the years 2009 and 2010.”

According to the VDMA (German Engineering Federation), which has served as conceptual sponsor for this event for years, besides traditional markets in Europe, the industry is above all counting on rapidly growing regions such as the Far East – and China and India in particular. “We are convinced that bauma will force the mood to change,” said Dr. Christof Kemmann, Chairman of the VDMA.

This winter’s lengthy frost spell made the setup phase for bauma 2010 more difficult, noting setup started in the autumn of 2009 for a few exhibitors at the outdoor exhibition site. For this reason, several exhibitors decided to use the recent Easter holidays for setup. bauma is held every three years and will open its gates in Munich for the 29th time from 19 to 25 April.