The Association of Equipment Manufacturers (AEM) today released a revenue-neutral solution to rebuild and modernize America’s interstates without raising the gas tax. The proposal, advanced by AEM in an ongoing effort to reinvigorate the stalled debate on infrastructure investment financing, was developed by Jack Schenendorf, former vice chairman of the National Surface Transportation Policy and Revenue Study Commission, of Counsel, Covington & Burling LLP, and Elizabeth Bell, Associate, Covington & Burling LLP.

As the deadline looms to reauthorize U.S. surface transportation policy by September 30, Schenendorf unveiled two alternative solutions to supplement current federal transportation revenues in a policy paper published by The Bureau of National Affairs. Recognizing that the current highway trust fund is an inadequate source of federal funding to rebuild and modernize the nation’s deteriorating roads, bridges and highways, Schenendorf’s solutions will create an alternative funding source for America’s aging and congested interstate highways that are a growing barrier to U.S. economic growth.

“Our manufacturers and farmers are at a competitive disadvantage with other countries because of aging infrastructure that has suffered decades of neglect. We risk losing manufacturing and agriculture jobs to overseas markets if Congress further reduces highway spending, as has been proposed in the House. With no political will by policy makers to increase the gas tax, we must look for other practical solutions that ensure the nation’s transportation needs are satisfied,” said Dennis Slater, President of the Association of Equipment Manufacturers. 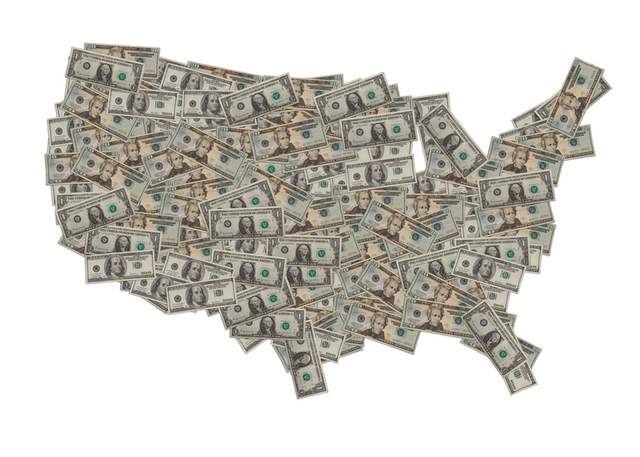 “Both Congress and the President have recognized the severity of our infrastructure problem and the need to fix it. But neither has been able to come up with a funding solution to pay for the increased investments. This proposal will provide the critically needed funding to modernize our surface transportation system, and allows Congress to increase transportation investment without raising motor fuel or diesel fuel taxes and with no increase to the debt or the deficit,” asserted Schenendorf.

Federal Interstate User Fee
1. All vehicles using the Interstate Highway System would pay a user fee. The fee would be collected through an “EZ Pass”-like system, which would be entirely electronic. There would be no tollbooths.
2. All of the revenues generated by the fee would be deposited in a special account in the Highway Trust Fund. The revenues would be used exclusively to restore the Interstate Highway System to a state of good repair and to expand and modernize it to meet the challenges of the 21st century.
3. The fee structure would be set annually, by an independent group of experts, at the level necessary to reimburse the states in accordance with policies established by Congress for the federal share of these improvements. No higher, no lower. The fees would not be designed to control the level of traffic or to “price out” drivers from using the Interstate.
4. This user fee would restore the Interstate Highway System to being the crown jewel of the U.S. surface transportation network and the envy of the world.

Federal Motor Carrier User Fee
1. This fee would be imposed on commercial trucks’ usage of all roads and would be collected through GPS-like systems currently being used by many trucking companies.
2. Importantly, trucks would not be double-charged for miles traveled on the Interstate; rather, those miles would be recorded through the Federal Interstate User Fee program.
3. All of the revenues generated by this fee would be deposited in a special account in the Highway Trust Fund and would be used exclusively for freight-related improvements.
4. The same independent entity discussed above would set the fee structure at the level necessary to reimburse the states in accordance with policies established by Congress for the Federal share of these freight improvements. No higher, no lower.
5. This user fee would play a critical role in improving the movement of freight, thereby helping to make U.S. businesses more competitive in today’s global marketplace.

To read the full text of Schenendorf’s paper and to learn more about this innovative funding solution, please click here.