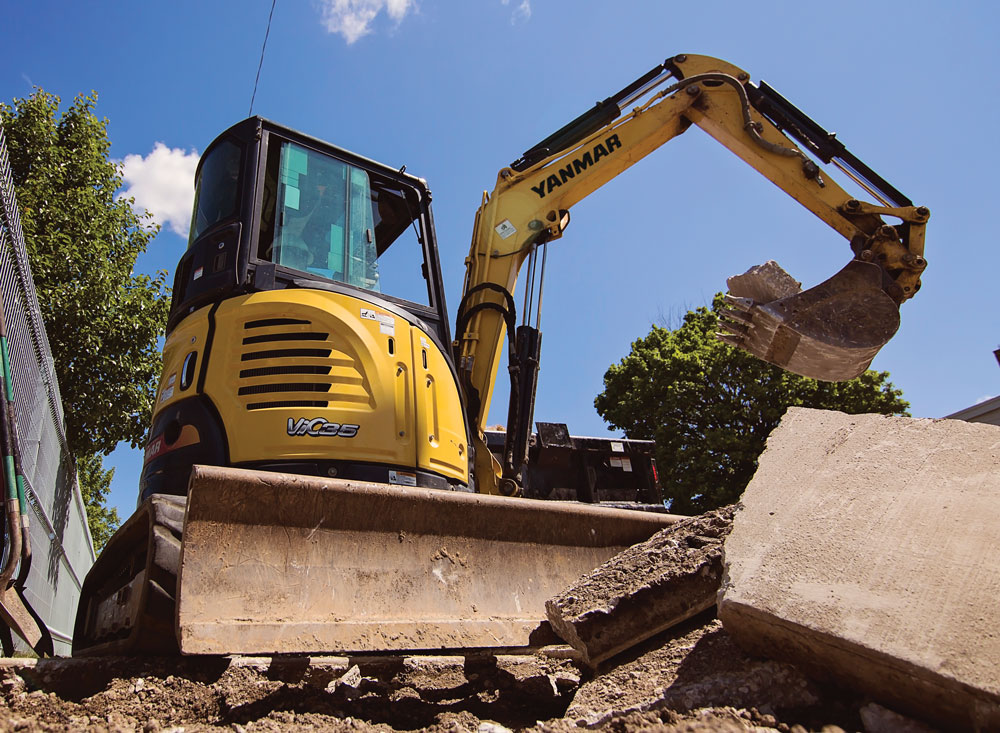 Celebrating 50 Years of Making Excavators in 2018

Not only does this year mark the 50th anniversary of Yanmar’s first excavator, Yanmar also set a new industry standard with its new four-year/4,000-hour bumper-to-bumper warranty on all of its excavators. Starting with the launch of the world’s first compact excavator in 1968, Yanmar has since expanded its excavator offerings to eight models, six of which have true zero tail swing. Each excavator is purpose-built to overcome the most challenging conditions, work with an efficient use of power, conserve fuel and provide flexibility with the same stability and performance you would expect from more conventional excavators, says Yanmar.

Additionally, Yanmar offers the SV Series of ultra-tight-turning excavators, each of which have a minimal turning radius in both the front and rear. This tight turning radius adds versatility on a tight worksite. Yanmar has two models in its SV Series. The smallest model is the SV08-1B, with a 10.3-hp diesel engine, 2,348-lb operating weight, 5-ft, 4-in. digging depth and variable width tracks of 2 ft, 3 in. to 2 ft, 9 in. The largest model is the SV100-2A, with a 72-hp Yanmar diesel engine, 21,550-lb operating weight, 14-ft, 10-in. digging depth and a width of 7 ft, 7 in. All Yanmar excavators starting with the ViO25-6A up to the SV100-2A come standard with Yanmar’s proprietary quick-coupler design. The quick-coupler significantly reduces the time to change excavator attachments and can be done from the comfort of the operator’s station.

“Reliability, versatility and dependability are key when looking to purchase a compact excavator. Ease of changing buckets and attachments with a hydraulic quick-coupler and a warranty that backs the craftsmanship of the machine are also advantageous to the consumer,” explains Jeff Pate, national sales manager for Yanmar America’s Construction Equipment Division.