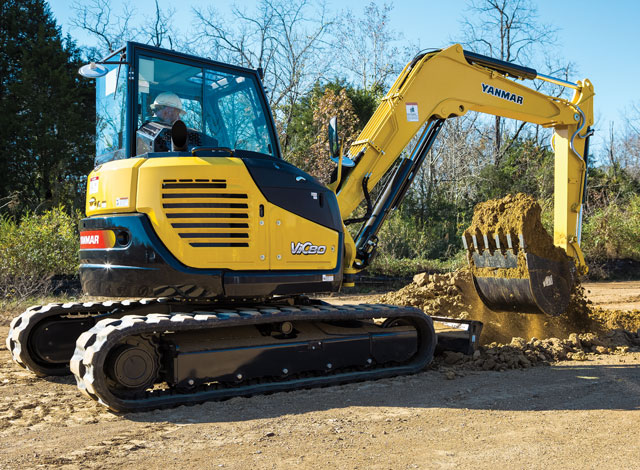 Eight Powerful and Efficient Models in the ViO and SV Series

In 1993, Yanmar launched the ViO Series, which was the world’s first zero tail swing excavator and is currently marketing its sixth-generation model. The ViO development objective of turning within the machine width has been successfully achieved, while still maintaining the stability and work performance of a conventional-style unit. No part of the housing extends beyond the track, which allows efficient operation in tight spaces, access to more jobs, less damage to the machine and less damage to the site.

“Versatility of an excavator is important in keeping it working and productive in different applications. A quick-coupler is a great option when switching between different size buckets or using different attachments such as a breaker, an auger or a brush cutter, for example,” explains Eric Berkhimer, construction equipment product manager for Yanmar.