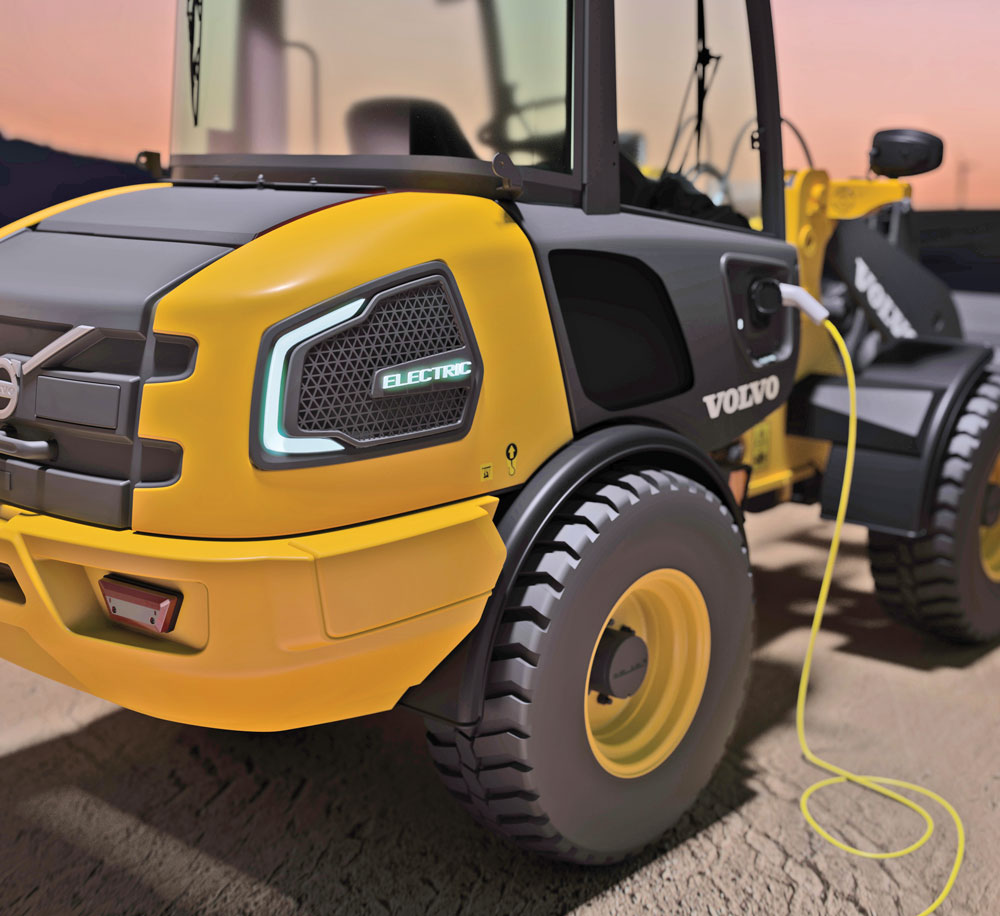 Last year, Volvo Construction Equipment announced a pair of exciting compact machines — the fully electric EX2 compact excavator and LX2 compact wheel loader. Both are prototypes, and both are very cool. The EX2 and LX2 offer zero emissions, higher efficiency, lower noise levels and reduced total cost of ownership, said Volvo CE. Both replaced the combustion engine with lithium ion batteries, which store enough electric energy to operate each unit for eight hours in intense applications like digging. Unfortunately, these prototypes were not available to the public, and we weren’t sure they ever would be.

So, it was a pleasant surprise when Volvo CE announced in January that it would start making battery-operated wheel loaders and excavators to sell to contractors. In fact, Volvo CE says it wants to be the first construction equipment manufacturer to commit in an enormous way to an electric future for its compact machine range, noting there are various hybrids in the compact market already (mostly small excavators). By mid-2020, Volvo CE will begin to launch a range of electric compact excavators starting with the EC15 to EC27 and wheel loaders with the L20 to L28, stopping new diesel engine-based development for these models. 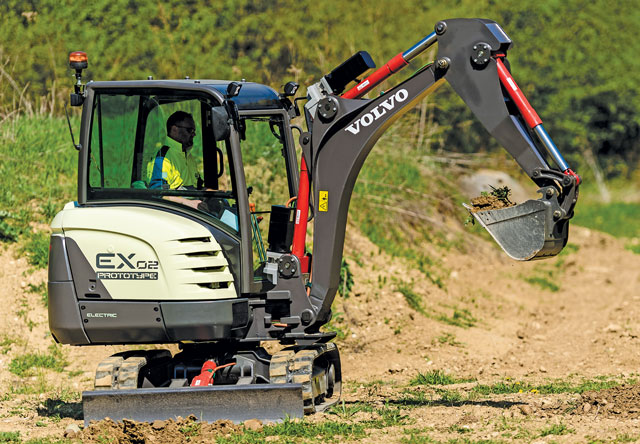 “Volvo CE is delivering on its commitment of building tomorrow by driving leadership in electromobility and delivering sustainable solutions that support customer success,” said company president Melker Jernberg in the press release. “The technology we have been developing is now sufficiently robust and this, together with changes in customer behavior and a heightened regulatory environment, means that now is the right time to commit to electromobility in our compact equipment ranges in the future.”

The first machines will be unveiled at the bauma exhibition in April 2019 in Munich, Germany, and we’ll be there to cover it, followed by a staged market-by-market introduction and ramp up in 2020. Volvo CE has truly been a leader in pushing the envelope for the-future-is-now technology with a vision for eco-friendly equipment. There’s the awesome HX1 and HX2 autonomous, battery electric load carriers — the latter using a vision system that detects humans or obstacles in the machine’s vicinity. There’s the EX1 70-ton dual-powered, cable-connected excavator prototype that emits no carbon whatsoever. Volvo CE and Skanska (a multinational construction company based in Sweden) are even working on creating the world’s first emissions-free quarry.

A lot of this awesomeness extends from the Volvo Group’s Innovation Summits where the company demonstrates its latest innovations in research and development. Volvo’s fourth Innovation Summit in Berlin followed the topic of the past three Innovation Summits hosted in London, Brussels and Beijing, designed to further the debate and introduce new thinking on prominent current issues, including air quality and pollution, congestion, health and safety. It was at this summit last year that Volvo CE announced the LX2 compact electric wheel loader. So, we’re excited to see what the company cooks up this year at its 2019 Innovation Summit. We’ll keep you updated.

Volvo has released many concept vehicles to the public in the past that were intended to be predictions of the future. Three of my favorites: the futuristic Gryphin loader concept with its fully independent wheels (no driveline or axles), single-bar boom that goes right down the center and its intelligent glass system that heats up in cold weather to prevent frost and gets darker in bright sunlight to act as a giant sunglass; the Sfinx crawler excavator with its see-through boom, hydrogen fuel cells and ability to hover around the jobsite via an electro-magnetic field; and the GaiaX compact excavator with its four electrically powered tracks, minimalistic cab with an air bag and the ability for remote operation with an augmented reality tablet that mapped the city’s utility systems onto the ground. Find the “Innovation” section at volvoce.com to learn more about these futuristic concept vehicles.

Click through this link for even more exciting info about Volvo CE.